The cannabis industry relies on complex scientific processes to transform and manipulate chemical compounds into consumable products. When you see a growing green cannabis leaf, you may wonder how it gets from living plant matter to a smooth yellow oil. Here is exactly what happens during cannabis distillation.

At its core, distillation is all about purification. Through a series of heating and cooling, targeted liquids reach their boiling point within a heating chamber. Once it becomes a vapor, the essentialized chemicals condense onto a colder surface and regroup as a refined liquid, leaving behind undesirable contaminants TBH.

In the cannabis industry, distillation is all about taking the previously extracted crude oil and turning it into a usable product. At this stage, it’s all up to lab equipment like wiped film evaporators and short path distillation equipment to separate and purify the crude oil. Multiple instruments connect to manage temperature, collect liquids, and maintain the vacuum in these laboratory setups. For those who process large quantities of crude oil, turnkey distillation systems simplify the procedure and enable a “set it and forget it” mindset.

Getting to the Final Products

During the distillation process, rotating wiper blades create a thin film of crude oil along the interior walls of a heated chamber. This heat evaporates the desired cannabinoid while leaving the rest of the pollutants and debris behind. Vaporized cannabinoids then condensate on an interior cooling column via short path travel. The resulting liquid is purer and clearer than the initial crude, a usable CBD oil.

Depending on the desired outcome and level of terpene preservation, a producer may decide to run the oil through several times to ensure maximum purity. With clean and usable oil at their disposal, distillers can transfer the oil to the next stage in their production, distribute it to other CBD businesses, or sell it on its own as purified CBD oil.

Knowing what happens during cannabis distillation can help consumers understand the vigilance and attention to detail that goes into CBD oils. Though each company will do it slightly differently, there is no way to outrun the basics of purification via distillation.

What is cannabis distillation?

In the cannabis industry, distillation is all about taking the previously extracted crude oil and turning it into a usable product. At this stage, it’s all up to lab equipment like wiped film evaporators and short path distillation equipment to separate and purify the crude oil. 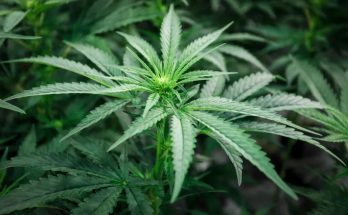