This article appeared in Discover’s annual state of science issue as “The Social Symptoms of COVID-19.” Support our science journalism by becoming a subscriber.

It all happened so quickly. In a matter of weeks, our world was upended when a far-flung outbreak spiraled into a genuine pandemic. With vaccines and pharmaceutical interventions still a speck on the horizon, human behavior has become a key factor in battling the disease. The crisis has also pummeled both individuals and society itself with a plethora of mental health burdens, from stress and anxiety to social isolation.

Research on COVID-19’s psychological impact is still evolving. But by midsummer of 2020, call counts had spiked up to 10 times more than pre-pandemic levels at the Disaster Distress Helpline, a federal hotline for mental-health crisis, according to the American Psychological Association. For decades, social and behavioral scientists have been examining the toll of long-term loneliness, the difficulty of behavior change and the human capacity for resilience. Their insights can help gauge the pandemic’s lasting consequences — and better equip us to stem the virus’ spread.

It’s no secret that human beings are inherently social creatures; for millennia, our bonds have kept us alive. Then 2020 happened. Millions of people found themselves trapped in their homes, either completely alone or interacting with only a few others. Throughout human history, we’ve evolved to rely on our peers for survival, says Julianne Holt-Lunstad, a psychology professor at Brigham Young University. “The brain has adapted to expect the proximity of others,” she says. “So when we lack [that], it creates a sense of needing to be more alert to challenges in our environment that need to be dealt with on our own.”

This heightened alertness has a direct effect on our bodies, too. It can cause increases in blood pressure, heart rate, stress hormones and inflammation levels — all of which threaten our life expectancy. In a 2010 study co-authored by Holt-Lunstad, researchers found that a lack of social connections is comparable to, and often more harmful than, obesity, physical inactivity and other well-known mortality risks. For example, the health effects of loneliness have been likened to the consequences of smoking 15 cigarettes a day.

Loneliness was already a serious public health concern in the U.S. before the pandemic. But some experts fear that efforts to limit the novel coronavirus’ spread, from stay-at-home orders to social distancing, may amplify our loneliness problem. In April, around a third of 1,288 people surveyed by social-advice company SocialPro said they felt lonelier because of the coronavirus.

However, another study, from researchers at Florida State University College of Medicine, tracked loneliness both before and during the outbreak and did not find a significant uptick. Even when we’re physically apart, the scientists suggest, a sense of support and solidarity might help stave off feelings of loneliness.

Regardless, the importance of human connections coupled with the necessity to social distance creates a paradox — particularly for those, like older adults, who are more vulnerable to both isolation and COVID-19. “It’s challenging,” Holt-Lunstad says. “We have decades of research that shows that being socially connected is protective, and most of that is based on in-person contact.” With that in mind, nurturing safe, in-person interactions — from quality time with housemates to chats with neighbors across the street — may prove vital.

As a safe alternative, technology has helped to fill the gap. “That’s where giving people a call, sending someone a text or telling them that you’re grateful [can help],” Holt-Lunstad adds. “Expressing gratitude, in research, has been shown to reduce loneliness. That’s another way to do that.”

Despite being up against the worst public health crisis in a century, many people remain resistant to changing their ways. “There are a lot of barriers to people doing things that are outside of their routine,” says Katy Milkman, a behavioral scientist at the Wharton School of the University of Pennsylvania. “Habit is very strong, [as is] the path of least resistance. What I did yesterday is what I’m likely to do today,” she says. And with a glut of scientific research now showing that wearing face masks — combined with social-distancing and frequent handwashing — can curb transmission of the virus, resisting the inertia of habit and convenience is more important than ever.

Still, information alone isn’t enough to shift someone’s behavior, even when those tweaks could mean the difference between life and death. “Think of all the Americans who are overweight,” says Gretchen Chapman, a psychologist at Carnegie Mellon University. “Is just telling them how calorie burning works enough to get them to quickly lose weight? It’s much harder than that.” Other research suggests that some behaviors may be a way of affirming our identity. Look at how quickly the act of mask-wearing became politicized, says Chapman; it became a way of signaling to others who we are. “That happened so fast,” she says. “Our behaviors got locked onto different sides.

But that doesn’t mean change is impossible. In fact, scientists have identified specific techniques for encouraging healthy and prosocial behavior, like mask-wearing. Milkman notes a 2016 study that shows making a potentially unpleasant activity more fun can act as an incentive. “I think we made a mistake, initially, with masks,” she says. “A way that we could have made them more appealing is to think about them as fashion items, which people are starting to do now.” When it comes to more mundane reasons that we resist behavior change, like forgetting to grab your mask on the way out the door, Milkman suggests making a concrete plan of action. That could be as simple as keeping a spare in your car or purse. “Getting people to think that through in advance helps,” she adds. 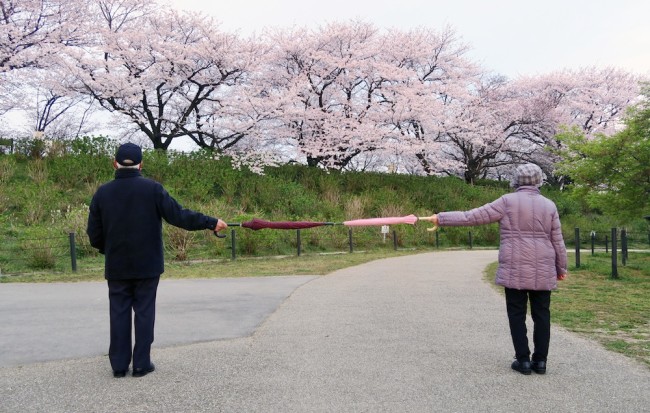 It’s hard to overstate the disastrous nature of the SARS-CoV-outbreak. By October, the virus had already infected tens of millions of people — and killed 1 million — worldwide. The pandemic is also leaving varied psychological debris in its wake: Parental exhaustion with kids home from school, general paranoia about any symptoms of illness and major stressors for people forced indoors with abusive partners and guardians.

“The thing about this crisis that can’t be denied is that it’s not the same for everyone,” says George A. Bonanno, a clinical psychology professor at Columbia University. “The stressors [and] the costs vary tremendously; there’s people who have lost their jobs, or lost loved ones, or they themselves have been seriously ill.”

Yet a body of research points to one brighter possible outcome of the pandemic — resilience. In psychology, the term refers to a stable course for mental health despite stressful or traumatic events. “[When] there’s a major stressor, a resilient person looks the same afterwards as before,” says Bonanno. “There may be a little bump, but they’re basically continuing to function.” And resilience may be more common than we think.

A 2004 study by Bonanno found that around two-thirds of individuals are likely to show resilience after an aversive event passes. Some scientists contend that percentages of resilience may even be underestimated because of a lack of data. There are some factors that tend to be linked to resilience, like the ability to stay flexible. But Bonanno cautions there is no magic bullet for remaining resilient in the face of the COVID-19 crisis. “It’s a very active process,” he says. “We have to actually adapt to each event differently. We have to ask ourselves, ‘What’s happening to me, and how do I deal with it?’ ”