(Inside Science) — In “Inside the Third Reich,” a memoir by Albert Speer, the former minister of armament of Nazi Germany recalls an exchange he had with the physicist Werner Heisenberg and Adolf Hitler:

“Heisenberg had not given any final answer to my question whether a successful nuclear fission could be kept under control with absolute certainty or might continue as a chain reaction. Hitler was plainly not delighted with the possibility that the earth under his rule might be transformed into a glowing star.”

By 1942, Germany had mostly given up on trying to develop a nuclear bomb, largely due to logistical reasons, while the U.S. plowed ahead with the Manhattan Project and became the first nation equipped with nuclear weapons. But how serious was the concern that these bombs might set the entire world on fire? 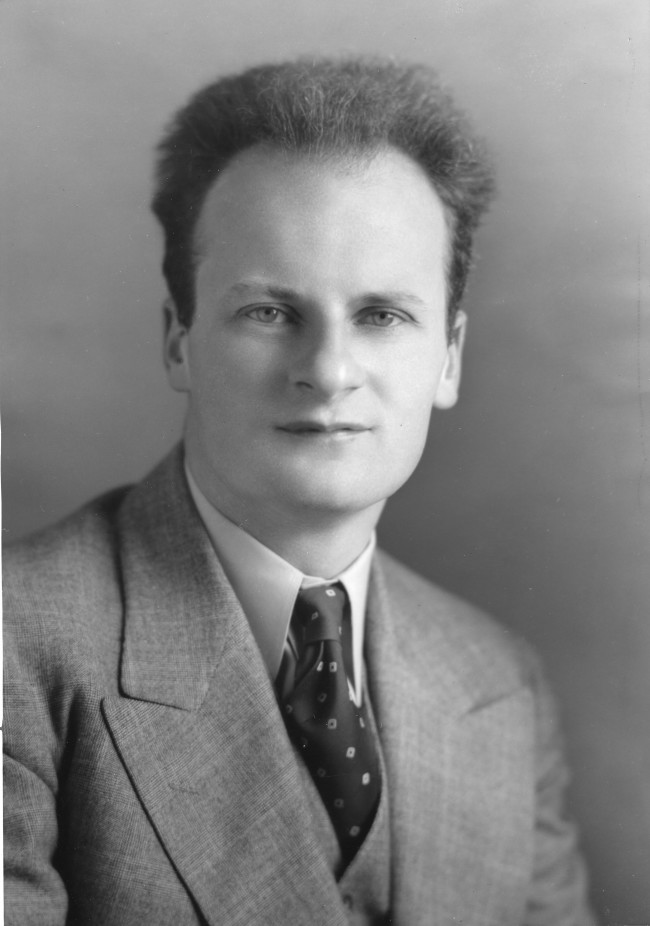 “The Destroyer of Worlds”

By the time Enrico Fermi jokingly took bets among his Los Alamos colleagues on whether the July 16, 1945, Trinity test would wipe out all earthbound life, physicists already knew of the impossibility of setting the atmosphere on fire, according to a 1991 interview with Hans Bethe published by Scientific American.

Bethe, who led the T (theoretical) Division at Los Alamos during the Manhattan Project, said that by 1942, J. Robert Oppenheimer, who eventually became the head of the project, had considered the “terrible possibility.” This led to multiple scientists working on the relevant calculations, and finding that it would be “incredibly impossible” to set the atmosphere on fire using a nuclear weapon.

However, a conversation between Oppenheimer and Arthur Compton, the leader of the Metallurgical Laboratory in Los Alamos, was later reported in a 1959 feature titled “The bomb – the end of the world?” published in The American Weekly, which brought the apocalyptic scenario to the public eye. 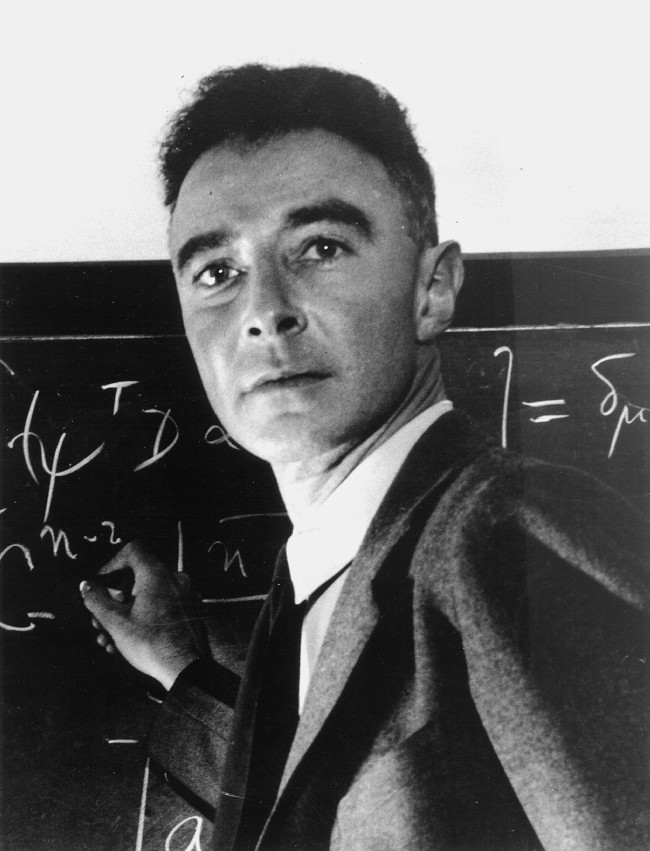 In her feature, the author Pearl S. Buck recalls a conversation she had with Compton about his conversation with Oppenheimer during the Manhattan Project:

“Hydrogen nuclei,” Arthur Compton explained to me, “are unstable, and they can combine into helium nuclei with a large release of energy, as they do on the sun. To set off such a reaction would require a very high temperature, but might not the enormously high temperature of the atomic bomb be just what was needed to explode hydrogen?

“And if hydrogen, what about hydrogen in sea water? Might not the explosion of the atomic bomb set off an explosion of the ocean itself? Nor was this all that Oppenheimer feared. The nitrogen in the air is also unstable, though in less degree. Might not it, too, be set off by an atomic explosion in the atmosphere?”

“The earth would be vaporized,” I said.

“Exactly,” Compton said, and with that gravity! “It would be the ultimate catastrophe. Better to accept the slavery of the Nazis than to run the chance of drawing the final curtain on mankind!”

While it is correct that an enormously high temperature under the right conditions could potentially set off a chain reaction that would light the atmosphere on fire, calculations had shown that these temperatures and conditions are simply unattainable by a nuclear bomb. 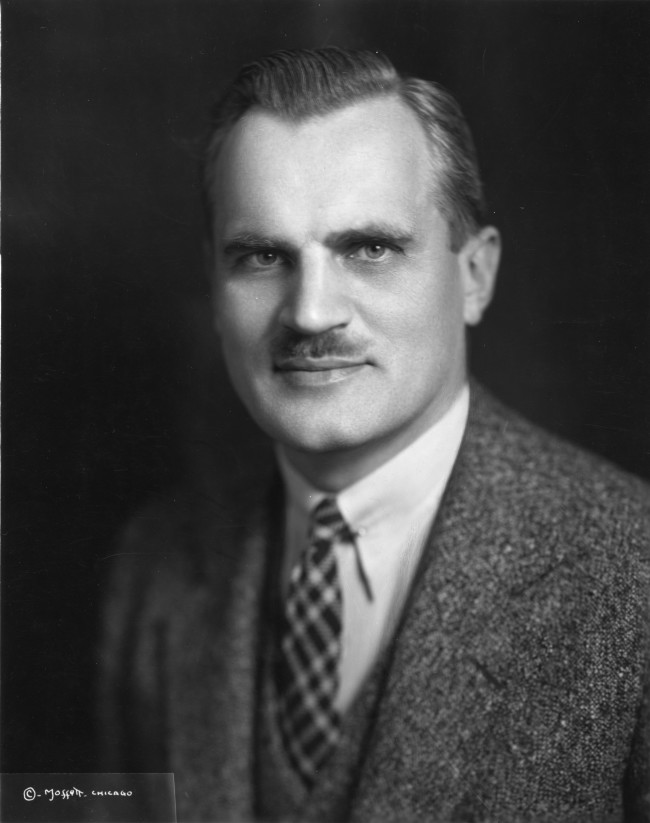 It is shown that, whatever the temperature to which a section of the atmosphere may be heated, no self-propagating chain of nuclear reactions is likely to be started. The energy losses to radiation always overcompensate the gains due to the reactions. …

It is impossible to reach such temperature unless fission bombs or thermonuclear bombs are used which greatly exceed the bombs now under consideration. But even if bombs of the required volume (i.e., greater than 1,000 cubic meters) are employed, energy transfer from electrons to light quanta by Compton scattering will provide a further safety factor and will make a chain reaction in air impossible.

However, the 1959 feature by Buck may have helped sustain the idea that a nuclear weapon could potentially set the planet on fire. One paragraph toward the end of her feature reads:

If, after calculation, [Compton] said, it were proved that the chances were more than approximately three in one million that the earth would be vaporized by the atomic explosion, he would not proceed with the project. Calculation proved the figures slightly less — and the project continued.

The “three in a million” figure would resurface later in the 1975.

The idea was again brought into the spotlight in 1975 when Horace C. Dudley, a professor of radiation physics at the University of Illinois Medical Center, published a letter of concern titled “The ultimate catastrophe” in the Bulletin of the Atomic Scientists. The letter outlined a doomsday scenario where an unintentional chain reaction would destroy the entire planet, igniting all the nitrogen in the atmosphere and all the hydrogen in the oceans and melting our planet all the way to its core.

He cited the “three parts in a million” figure from Buck’s article more than a decade prior.

The letter invited a rebuttal from Bethe. In a letter titled “Ultimate Catastrophe?” published in the same journal, Bethe wrote:

There was never any possibility of causing a thermonuclear chain reaction in the atmosphere. There was never “a probability of slightly less than three parts in a million,” as Dudley claimed. Ignition is not a matter of probabilities; it is simply impossible.

He also noted that while he shares Dudley’s opposition to nuclear war, “it is totally unnecessary to add to the many good reasons against nuclear war one which simply is not true.”

If you wanted to light the atmosphere on fire, the most relevant reaction to consider would be the fusion of nitrogen atoms. Nitrogen atoms in the atmosphere would have to fuse to create new nuclei, releasing energy in the process. The superscripts in the following description are atomic mass numbers that indicate the total number of protons and neutrons for each atom:

If all the energy released during the fusion of two nitrogen atoms were channeled directly into the next fusion reaction, it would be enough for a chain reaction to occur. But that amount of energy is miniscule compared to the energy that would be lost due to other processes if the surrounding temperature or pressure weren’t high enough. The rapid loss of energy would then cause the chain to fizzle out.

Even at the ludicrously high temperature of 11 billion kelvins used in the 1946 calculation, the energy produced by these reactions would be only one-thousandth of the energy lost. In reality, the bombs may briefly reach tens of millions of degrees, but not nearly hot enough for nitrogen fusion to play a significant role.

It is even more difficult for a nuclear explosion to light the ocean on fire. The most relevant reaction to consider in this case is the fusion of two deuterium atoms, which are isotopes of hydrogen with an extra neutron per atom, shown here:

One issue is that only one in 6,500 hydrogen atoms is a deuterium atom. That density is too low to sustain the reaction. But according to the Batzel letter, even if all the water in the ocean contained deuterium instead of regular hydrogen, the reaction would still be unsustainable because the pressure would be too low. Nuclear fusion of deuterium atoms would require pressure similar to that in the interior of the sun, hundreds of millions of times higher than pressures even at the bottom of the ocean.

There was a tone of annoyance shared among the physicists who tried to convince those outside of their field of the underlying science: Although the theories at first glance hint at a possibility for the apocalyptic scenarios, the outcomes are simply impossible in reality.

As the Dudley letter gained the attention of the public and appeared to possibly affect future nuclear policy and research in the U.S., it began to invite more scrutiny from other experts. In a classified letter sent to the U.S. Department of Energy, Roger Batzel, the then-director of Lawrence Livermore Laboratory, responded to the request to reassess the risk outlined by Dudley by saying:

I will not comment directly on the several pejorative comments made about nuclear energy production and weapons research. Nor will I attempt to clear up Professor Dudley’s confusion over variable half-lives, the availability of “aether energy,” the earth’s gravitational field, or the reproducibility of large-scale physical phenomena.

In response to Dudley’s actual concerns, he wrote:

In summary, extremely conservative calculations have demonstrated that it is completely impossible for either the earth’s atmosphere or sea to sustain fusion reactions of either thermonuclear or nuclear chain reaction type. In particular, such reactions cannot be triggered by the explosion of nuclear weapons, even those having unrealistically high yield and impractically high yield-to-weight.

In response to the multitude of criticisms, Dudley published another short letter in the Bulletin of Atomic Scientists. While accepting some of the criticisms, he raised additional what-if scenarios speculating that a runaway reaction may still be possible. Bernard Felt, editor in chief of the Bulletin at that time, wrote a wry conclusion to the debate between Dudley and Bethe:

However, since Dr. Dudley chose in his rebuttal to give new emphasis to the possibility of a hydrogen plus hydrogen reaction in the ocean, Dr. Bethe would be fully justified in wishing to respond to this, thereby setting off a chain reaction which we could probably not contain.

Rather than risk this contingency, I take the liberty of noting that, contrary to Dr. Dudley’s assertion, the hydrogen plus hydrogen reaction does differ in kind from that of deuterium plus deuterium, to the extent that this reaction requires temperatures and pressures comparable to those occurring in the interior of the Sun. Dr. Bethe’s point about the impossibility of a fusion chain reaction in the oceans therefore remains well-taken.

The largest bomb ever detonated was the Soviet Union’s 1961 behemoth Tsar Bomba. It was powerful enough to shatter windows more than 500 miles away, farther than Washington, D.C. is from Detroit. It was 1,500 times more powerful than the Hiroshima and Nagasaki bombs combined. Its glowing fireball looked like a miniature sun rising above the horizon.

It did not set the atmosphere on fire.

Yuen Yiu covers the Physics beat for Inside Science. He’s a Ph.D. physicist and fluent in Cantonese and Mandarin. Follow Yuen on Twitter: @fromyiutoyou.

This story originally appeared in Inside Science. Read the original here.