After Italian composer Ennio Morricone’s death at the age of 91, Arwa Haider explores how a score can make us rethink a movie – and picks out some classics, including Kung Fu Panda.

The snaking rhythm and ripple of The Good, the Bad and the Ugly (1966); the pastoral atmospheres of Days of Heaven (1978); the icy tension of The Thing (1982); the elegiac beauty of Once Upon a Time in America (1984); the swelling heartstrings of Cinema Paradiso (1988)… the prolific film scores of Italian maestro Ennio Morricone not only elevate classic scenes onscreen; they seem to live with us beyond them, in surround sound. The news of Morricone’s death this week, aged 91, bears a particular emotional weight, so vast was his repertoire (around 500 scores), and so intimate its connection with countless listeners. In the 2019 book Ennio Morricone: In His Own Words, he said that “Most of the time, people experience the music in a film as a subconscious suggestion… In other words, music manages to show what is not visible, to work against the dialogue or, even more, tell a story that the images do not reveal”. What makes a truly great film soundtrack might be a perennial question – but Morricone left us with timeless responses, across a multitude of genres.

More like this:
– What makes a cult classic?
– Why cinemas will endure the crisis
– The most terrifying horror film scores

British composer, dramatist and broadcaster Neil Brand has explored the technique and power of film soundtracks throughout much of his work, including the acclaimed BBC series Sound Of Cinema: The Music That Made the Movies. It’s a theme that stems from Brand’s own childhood passion for movies: “I’d go to the cinema and see this massive technicolour thing with extraordinary music pouring out… When I got home, if the music was still ticking over in my mind, I’d sit at the piano and I’d be desperate to pick it out, find out how the chords worked,” he recalls. Great film music somehow retains its magic, even when its familiar melodies are laid bare. 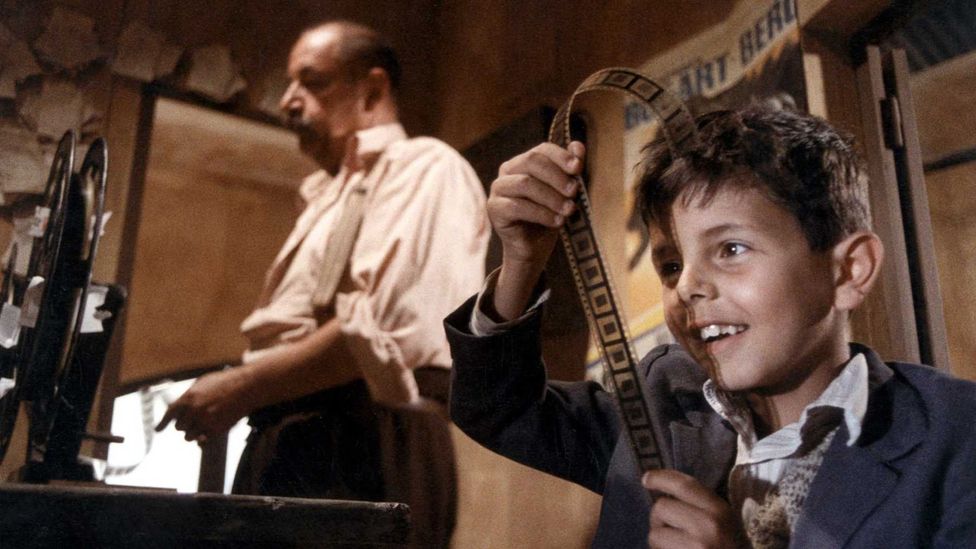 “I do think we are all musical receptors, at a very deep level,” says Brand. “We have that in our ancient DNA, and because film music is working at a deeper level than language and intellectual thought, maybe it’s hitting us all at that level. In a funny way, talking about that means that you recognise it, but it doesn’t change its power.”

There is a universal relatability to a brilliant film score, even in fragments. Morricone is credited for (re)defining the sound of the Western (although his music obviously went much further than that); meanwhile, US composer John Williams summons otherworldly adventures, across the Star Wars and Superman sagas, ET and more. When Brand reminisces about leaving a busy cinema screening of Close Encounters of the Third Kind (1977), I instantly think of Williams’s five-note UFO synth motif: “Every single one of us in the crowd looked up at the sky when we walked out,” said Brand. “Suddenly, we were in a world where that was possible. I wanted the real world to be like film… and music is the thing that will allow you to do that.” 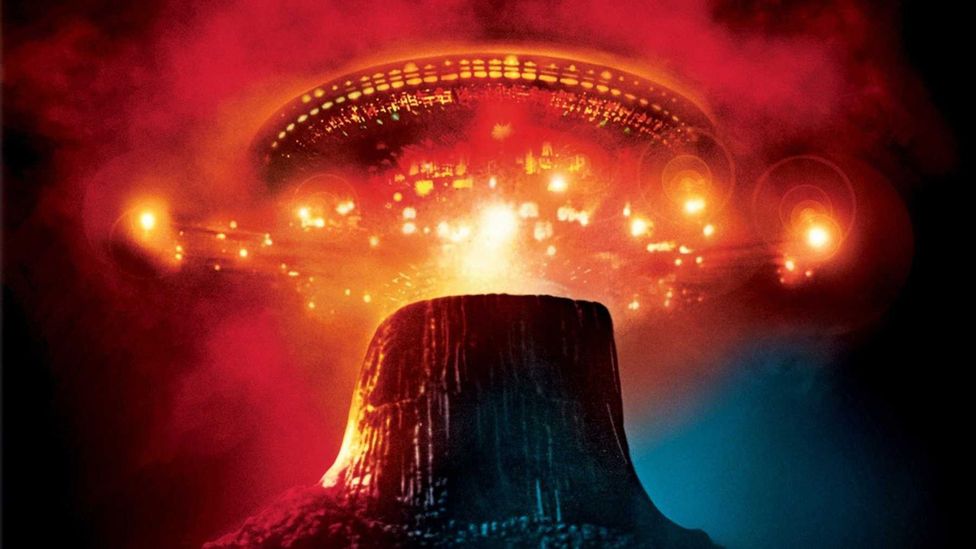 Director Steven Spielberg was inspired to make Close Encounters of the Third Kind after watching a meteor shower with his father as a child (Credit: EMI Films)

Our modern viewing habits (home streaming; mobile downloads) can’t quite replicate the immersive, communal quality of the classic cinema experience; classic film music also invariably gives rise to copycat scores, as Brand notes, laughing: “There was a time where it felt like every superhero movie started with a dark, brooding pan across a city, and a low note that just stayed there for ever.” Still, he adds, wildcard creativity has proved a potent highlight, across generations of film scores. “It was Morricone’s maverick-ness that made him stand out,” argues Brand. “There was no chance that any of the other golden age film composers would ever use a whistle, a handslap and a whipcrack in their music – and here it was, in The Good, the Bad and the Ugly: part of an incredibly bananas take of what constituted a film score. Now if you go to the cinema and hear something really surprising, it’s such a breath of fresh air.

“I think Morricone is a really interesting mix [for] a popular populist composer. His first stuff in the early ’60s was pop, very melodic, but with these bizarre but brilliant sounds in there. One of the things that informs that is the intellectually rigorous crowd that he hung out with, Il Gruppo: this group of Italian composers making avant-garde improvised jazz, using odd textures.” 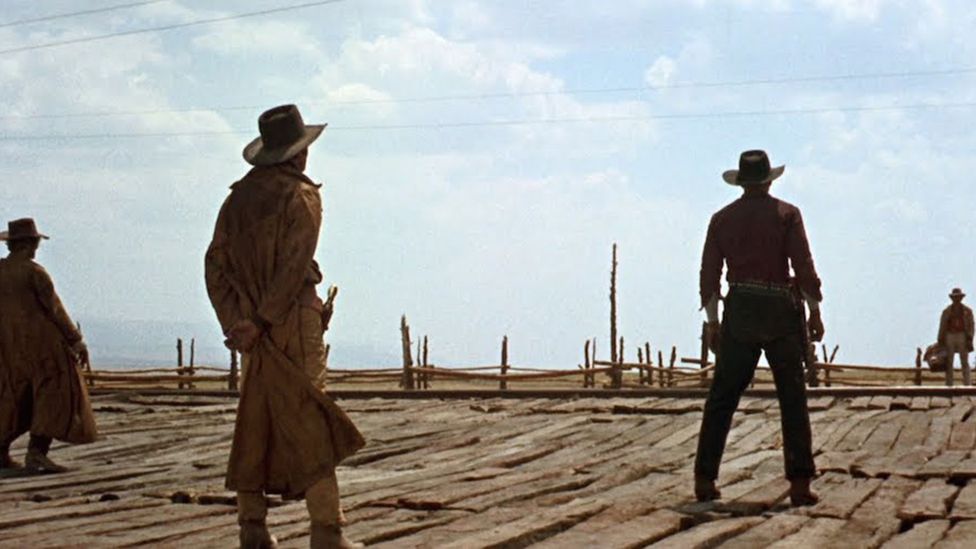 Sergio Leone co-wrote the screenplay for Once Upon a Time in the West with Bernardo Bertolucci and Dario Argento (Credit: Paramount Pictures)

Morricone is a prime example of how great film music can be sophisticated yet unpredictably playful. His varied themes feature countless irrepressible melodies, whether it’s the intensely poignant Once Upon a Time in the West (1968), the whimsical Fun is Beautiful (for Carlo Verdone’s 1980 comedy), or the unapologetically romantic 1971 piece Chi Mai (which later became a hit single in its own right). He never lost that pop sensibility, continuing to work throughout his career with chart artists from Mina and Zucchero to the Pet Shop Boys.

Morricone’s film scores also bring a profound resonance, along with catchy hooks. In a 2008 interview recorded for BBC Radio 4, he told Christopher Frayling: “What I look for as a composer for cinema is the underlying story in a film; the story that cannot be told through images or through dialogue.” According to Brand, “Films like Once Upon a Time in the West and Once Upon a Time in America may have had a pragmatic, hard-nosed approach both to the characterisation and the plot, but Morricone’s music gave this incredible emotional depth. In A Fistful of Dollars (1964), Clint Eastwood only has about 25 lines, but the music that plays as he heads off towards his next gunfight puts him in the pantheon of great heroes of all time. You care about him; the music suggests that something has happened in his past that has scarred him so much, he has to go on this solo quest to bring justice to lawless places. Whereas in the plot, he’s doing it for money!” 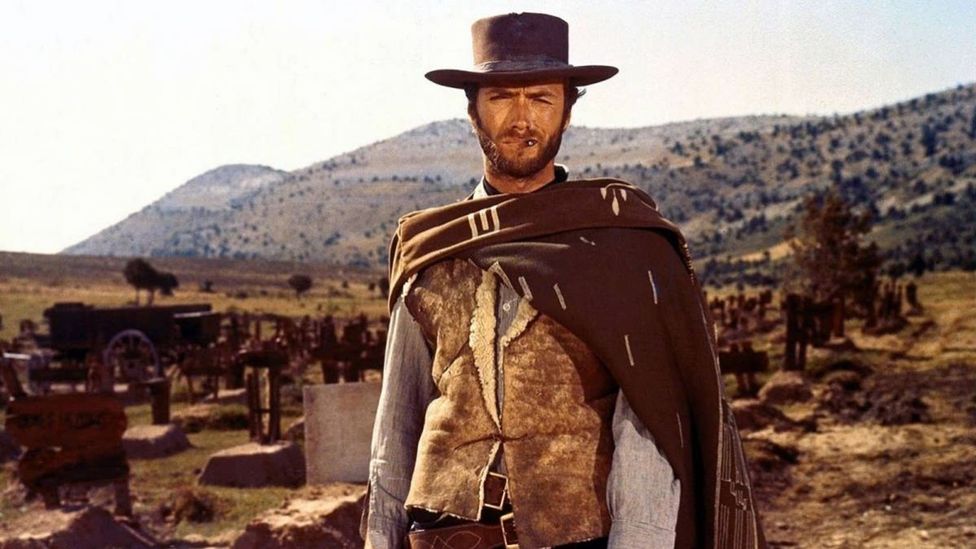 A Fistful of Dollars starred Clint Eastwood in his first leading role, after actors including Henry Fonda and Charles Bronson turned it down (Credit: Constantin Film)

Some of the greatest film music has also been fuelled by a rapport between the composer and the filmmaker. Classic creative partnerships have included the likes of Bernard Hermann and Alfred Hitchcock (from Psycho, Vertigo and North By Northwest to the shrill electronic effect in The Birds); Nino Rota and Italian heavyweights Federico Fellini and Luchino Visconti (Rota also wrote the legendary score for Francis Ford Coppola’s The Godfather); and Hindi film music icon RD Burman with director/producer/writer Nasir Hussain (not least on 1973’s influential Yaadon Ki Baaraat). A more recent collaboration that has stood out has been French electronic artist Para One’s gorgeous scores for Celine Sciamma (for her contemporary youth dramas and the 2019 period feature Portrait of a Lady on Fire). 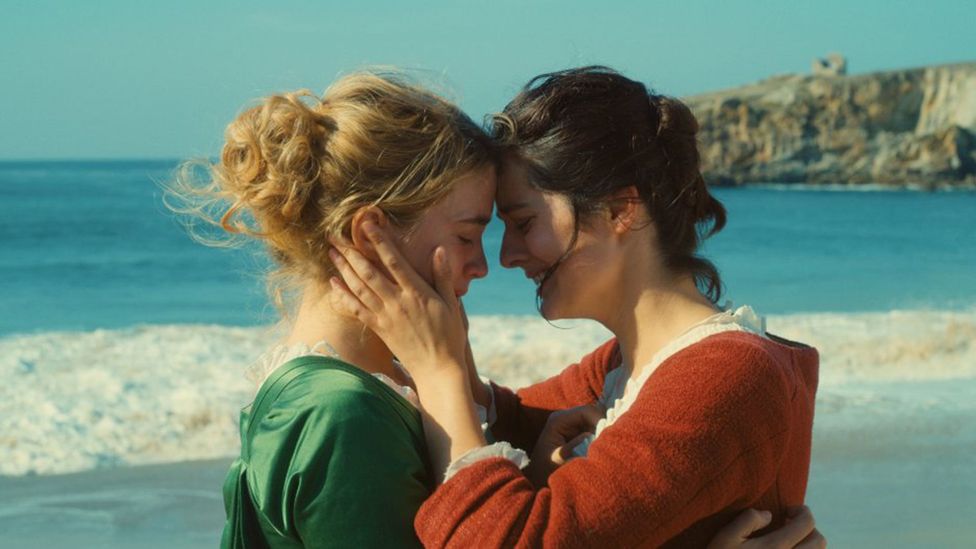 Portrait of a Lady on Fire has no score, but Para One composed a haunting piece of choral music performed around a bonfire for a central scene (Credit: Lilies Films)

Morricone famously worked closely with the likes of Sergio Leone (who would often shoot or extend scenes, based on Morricone’s music) and Giuseppe Tornatore; his connection with Quentin Tarantino (on the Oscar-winning soundtrack for 2015’s The Hateful Eight) may have been more fractious, but Tarantino was undeniably a Morricone fanboy (citing him as his favourite-ever composer), and Morricone himself continued to blend his distinctive style with different approaches (“I tried to convey a sense of irony,” Morricone told The Independent newspaper in 2016, about composing for The Hateful Eight. “I wanted to stress once more the fact that for me, this is not a Western movie.”).

In her 2004 book Music In Film: Soundtracks And Synergy, cultural academic Pauline Reay explores how music has historically been used to promote film (all the way back to Camille Saint-Saens’s original score for the 1908 French film L’Assassinat du duc de Guise, released separately as sheet music). Nowadays, we have access to a richer array of film soundtracks than ever, from digital libraries to lush vinyl reissues of classic scores (spanning Blaxploitation, anime, horror and beyond) – and as Brand points out, film music fans are multi-generational and increasingly savvy. He argues that contemporary family movies frequently feature the most exciting and adventurous scores. “If you really want to ‘get’ what Hans Zimmer does, go see Kung Fu Panda or Rango,” he argues. “There’s also John Powell’s magnificent scores for the How To Train Your Dragon films, and Randy Newman’s work on the Toy Story soundtracks; there is so much genuine delight and joy in the genre, and a massive surge of generosity that just reignited my love for it all.”

Great film music can reinvent icons (take Icelandic musician/composer Hildur Gudnadottir’s extraordinary Oscar-winning score for Joker, 2019) and subvert genres (Nicholas Britell’s poignant and potent “chopped and screwed” symphonies for Moonlight, 2016), yet it can also ‘belong’ to us through an emotional core. As kids, we often make our first musical discoveries through film (and Brand argues emphatically that this should be nurtured at school); we then carry these soundtracks through our lives. Morricone has been with me everywhere; as a child, thanks to my Dad’s obsession with Western films – and as an incredibly lucky adult, taking my Dad to see Morricone (then a sprightly octogenarian) conducting his own scores at London’s Royal Albert Hall. Morricone has been played at hard rock gigs I’ve seen (Metallica use The Ecstasy Of Gold as their intro music), and even at raves – around 6am one Sunday morning, when his theme to The Mission cascaded across a sweaty dancefloor like a mass epiphany. I’m not sure what Il Maestro himself would have made of that last scene, but he proved that the greatest film music is unconventional – and it really hits you where you least expect it.