There is now a whole literary genre devoted to her mysterious allure. So what is the true essence of the Parisienne – asks Paris born-and-bred Agnes Poirier – and how did she evolve?

French women – Parisiennes in particular – have no idea of the fascination they inspire in foreigners – until the day they discover in a bookshop abroad the vast amount of literature dedicated to scrutinising their every move and mood. Sometimes written by Parisian women living abroad, or by foreigners living in Paris, this literary genre and lucrative niche market aims at educating its readers in Parisianisme and its many secrets.

– Why are the French so chic?

– Is the age of the celebrity over?

– The best books of the year so far

Among them, in just the last few years: How to be a Parisian, Wherever You Are by Caroline de Maigret, Sophie Mas, Audrey Diwan and Anne Berest; Dress Like a Parisian by Alois Guinut; Parisian Chic by Ines de la Fressange and Sophie Gachet; and the recently published The New Parisienne by Lindsey Tramuta. 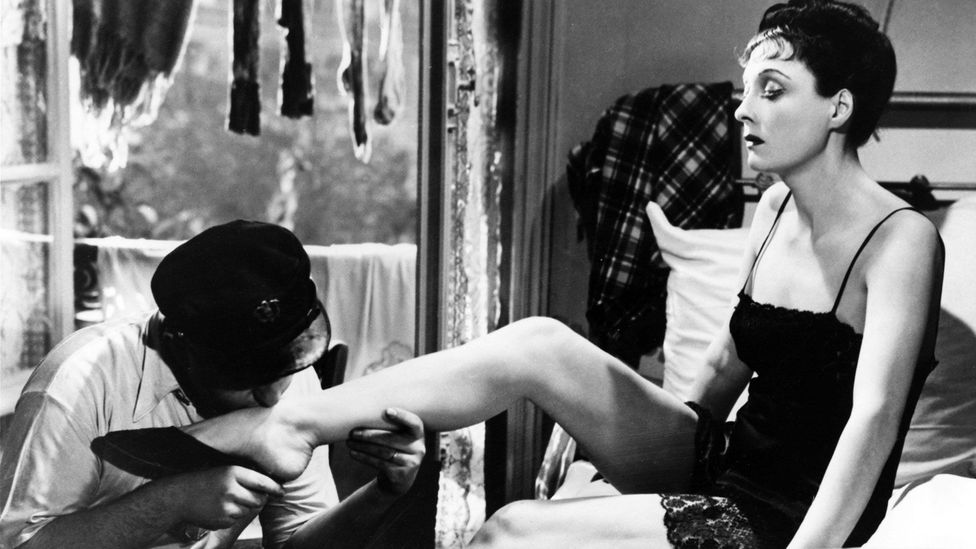 The actor Arletty, seen here in the film Hotel du Nord, was one of many working-class French stars of the era (Credit: Alamy)

Tramuta’s interesting hybrid work – part coffee-table book with beautiful pictures and illustrations, part political pamphlet, and part guide book with addresses and tips – makes for an alluring proposal. The author wants to “lift the veil on the mythologised Parisian woman – white, lithe, ever fashionable, and recast the women of Paris as they truly are”. To do this she profiles forty Parisiennes who “don’t fit the mould”, from Paris mayor Anne Hidalgo to cookie maker Moko Hirayama, translator Poonam Chawla and many others – including political figures, entrepreneurs, influencers, designers, artists, writers and athletes.

By showing the diversity of Parisian women, Tramuta intends to fight the (arguably US) cliche that a Parisienne only looks like Catherine Deneuve. She writes that as far as the persona of the Parisienne is concerned, there is the fantasised idea that foreigners hold, and then there is the reality on the ground. And the US-born author Tramuta, now a Parisian woman herself, intends to take her readers on a crash course from fantasy to reality. 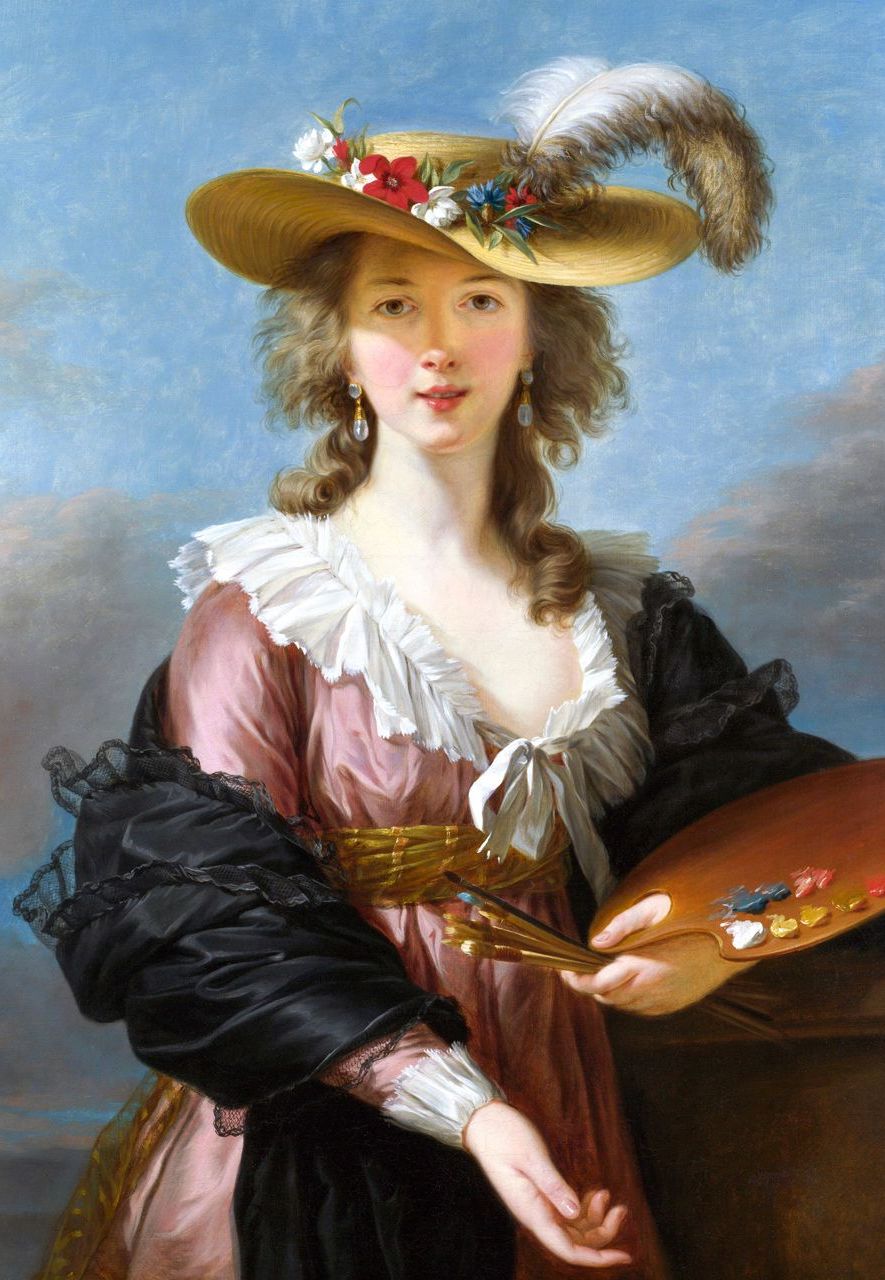 Self-portrait, 1782, of Louise Elisabeth Vigee Le Brun, one of many accomplished Frenchwomen of the 18th Century (Credit: Alamy)

However, for many born-and-bred Parisians like me, it has always been simpler. What makes a Parisienne has never been her waistline, the colour of her skin or her hair, or the fact that she follows the latest fashion. It is the way she questions the world she lives in, and it is the freedom with which she speaks and leads her life. Being a Parisienne is all about a spirit, not a look.

Throughout the 18th and 19th Centuries, Paris was well-known for its literary, political and artistic salons, often deftly managed by women. No mere hostesses, many were writers like Germaine de Stael or George Sand, painters like Elisabeth Vigee Le Brun, political activists like Manon Roland, artists like Laura Hayman, or even mathematicians like Emilie du Chatelet. These salonnieres left a mark, even if they were sometimes sidelined by their male contemporaries. They are thankfully making a comeback today and historians are shedding light on their accomplishments. Those Parisian salonnieres, coming from all social backgrounds, gave the figure of the Parisienne an early aura in the world’s imagination, one of curiosity for the world they lived in and its politics. 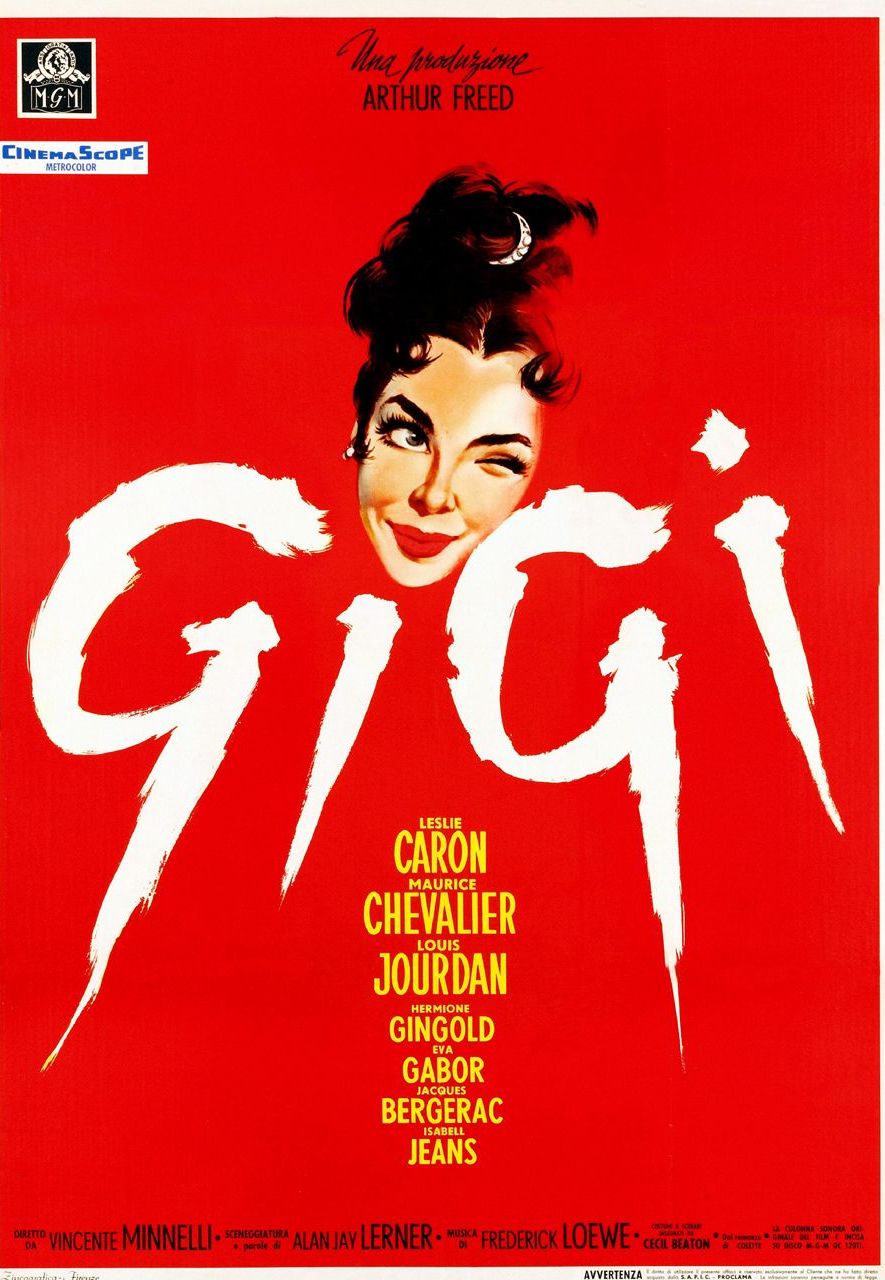 The film Gigi was based on the popular novella by Colette (Credit: Alamy)

The Belle Epoque in particular, which lasted from around 1871 to 1914, added a sexual edge to her persona. The image of the Parisienne became that of a scandalous woman, not only inquisitive but also adventurous, keen to experiment sexually, break with conventions, eager to free herself from religion, family and marriage. The novelist Colette offers the archetype of the Parisienne at that time: an insatiable curiosity for life, love and lust, her struggle to break free from overbearing husbands, her taste for scandal, her fight to become financially independent through talent and, also, charm. Colette’s novella Gigi, adapted for the screen by Vincente Minnelli, tells the story of a young Parisian girl groomed for a career as a courtesan who tries to reconcile love and independence.

From the 1920s to the 1940s, working-class stars like the music-hall chanteuse Mistinguett and the actor Arletty, with their sharp humour, presented a similarly strong Parisienne character. And the famous dancer Josephine Baker, although African-American, made Paris her home – and perfectly embodied the insouciant Parisian spirit. 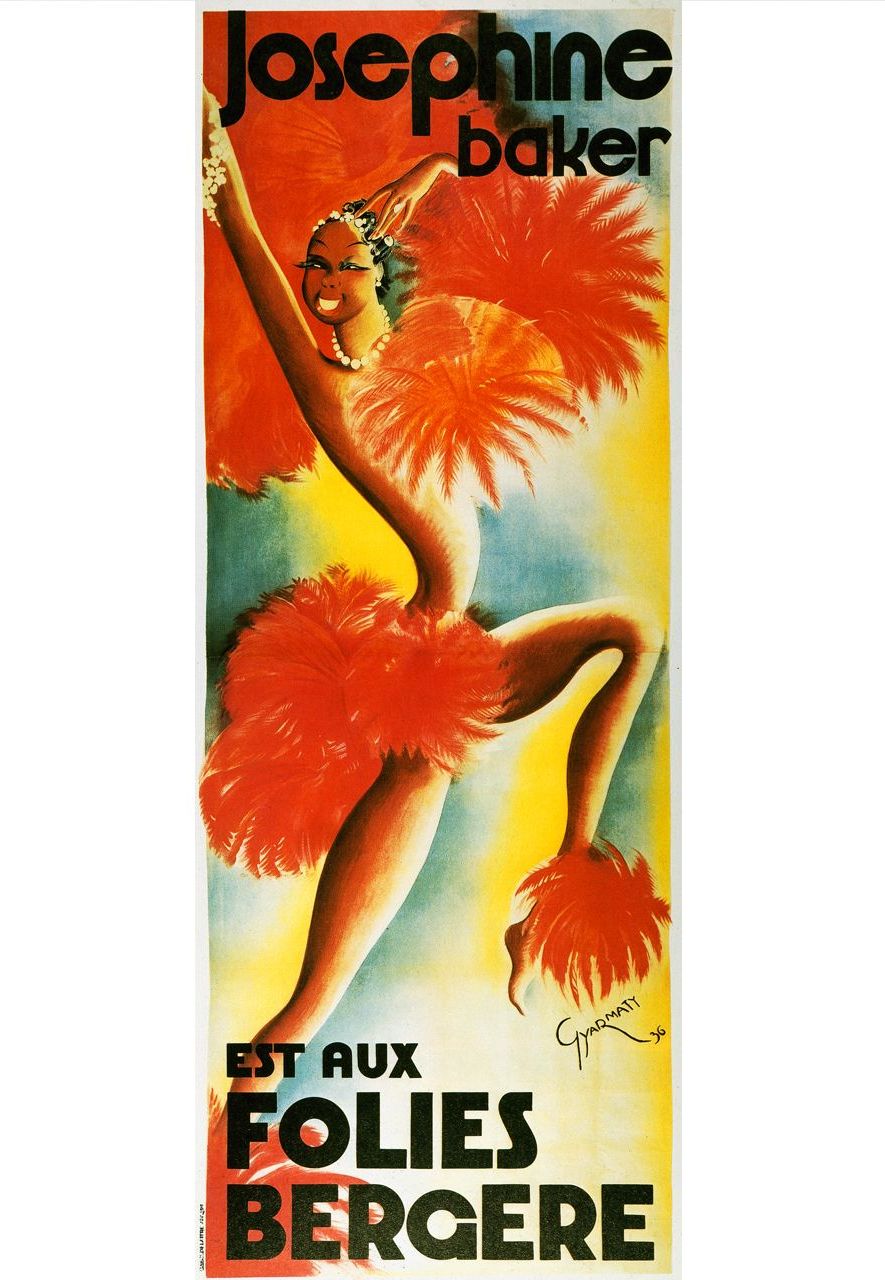 Along with an inquisitive mind and a thirst for emancipation – both sexual and social – the Parisienne also gained an air of mystery and playfulness in the 1950s and ’60s. After World War Two, the Left Bank gamines (playfully mischievous women) filled the world’s imagination with small and foxy brunettes: Juliette Greco in her signature black dress with her distinctive low voice, singing the texts of great poets and philosophers, from Prevert to Sartre; the mignonne (small and delicate) ballet dancer Leslie Caron in An American in Paris (1951) mesmerising Gene Kelly.

There was the slightly blase and enigmatic Jeanne Moreau in Louis Malle’s Lift to the Scaffold (1958), aimlessly walking in Paris streets at night to the soundtrack of a Miles Davis jazz improvisation. The list is long of films that helped shape the myth of the irresistible and yet aloof Parisienne in the collective mind. At the same period, in photography Robert Doisneau and Henri Cartier-Bresson, along with Rene Gruau in fashion illustration, contributed to elevate the Parisienne on to a pedestal of sophistication. The model Bettina, with her freckles, red hair and cunning air, did the rest. It is not so much that the Parisienne was fashionable but that she had poise and self-confidence. 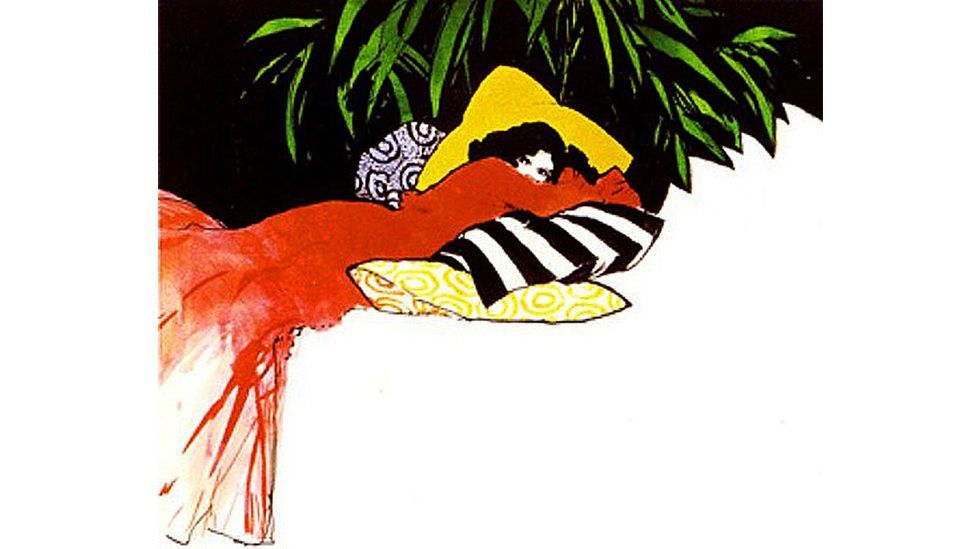 The fashion illustrations of Rene Gruau elevated French women to a pedestal of sophistication (Credit: Alamy)

Every young Parisienne has role models they admire. As a child growing up in the 1980s, I remember being particularly struck by Lisette Malidor, a tall, athletic dancer from the Folies Bergeres who was born in Martinique. She always appeared with her head shaved, which enhanced her beauty. A regular guest on French television, she would sometimes recite poetry by Leopold Senghor. For me, she was the epitome of the Parisienne.

The young cinephile in me also fell in love with Anna Karina, the Danish-born muse of the French New Wave’s Jean-Luc Godard, who became yet another emblem of Paris. She personified a certain kind of Parisienne: both a little naive and playful. Finally, as a young student, I embraced Simone de Beauvoir, not only for her brazen intelligence and feminism, but also for her sense of style. A turban, a bun, a brooch, platform sandals, she could give meaning to what might have looked at first a disparate assemblage of clothing but which, worn by her, suddenly looked original without being eccentric. And cost nothing. An affordable allure paired with the sharpest brain is certainly what many Parisiennes are after. 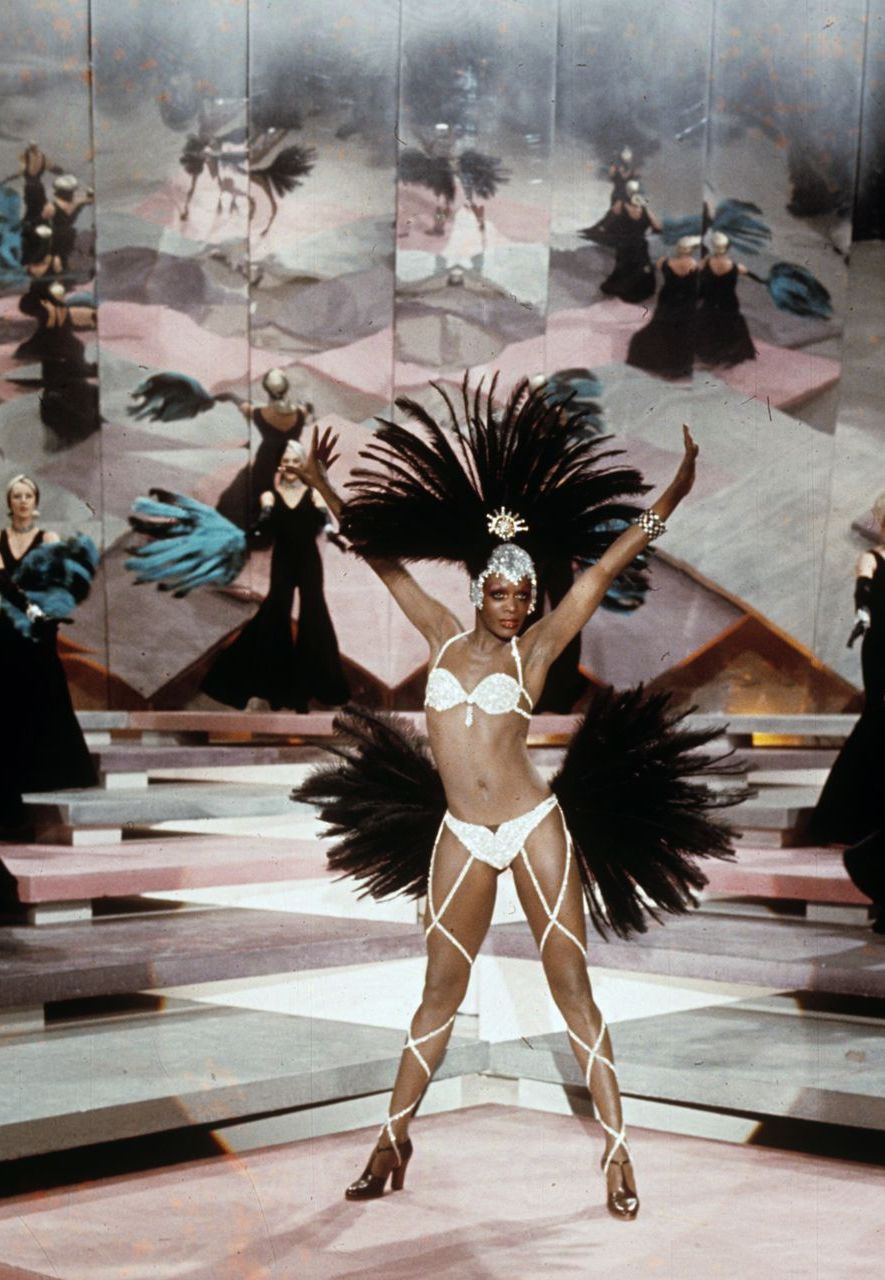 If the Parisienne is seen from afar as being sexy, it is often because she displays a certain confidence. If she appears fashionable, it is probably because she knows what fits her whatever size she is. If she comes across as sophisticated, it is to do with her taste for defiance. And if many find her irresistible, it is no doubt because she loves freedom so much.