This story appeared in the July/August 2020 issue as “A Dog’s Life.” Subscribe to Discover magazine for more stories like this.

Matt Kaeberlein’s search for the secret to a long life began, in part, with 560 unique strains of baker’s yeast.

He noticed that some of the strains with the greatest longevity tended to divide in slow motion. And he found that this slowdown, which takes place in the molecular mechanisms controlling cell division, could be tinkered with artificially by feeding the yeast a drug called rapamycin.

As he began publishing his results in 2006, other researchers were finding that the drug — most commonly used to prevent rejection of organ transplants in humans — had a similar anti-aging effect in worms and flies. Several years later, a landmark paper in Nature showed that rapamycin could increase the lifespan of middle-aged mice by 9 to 14 percent. 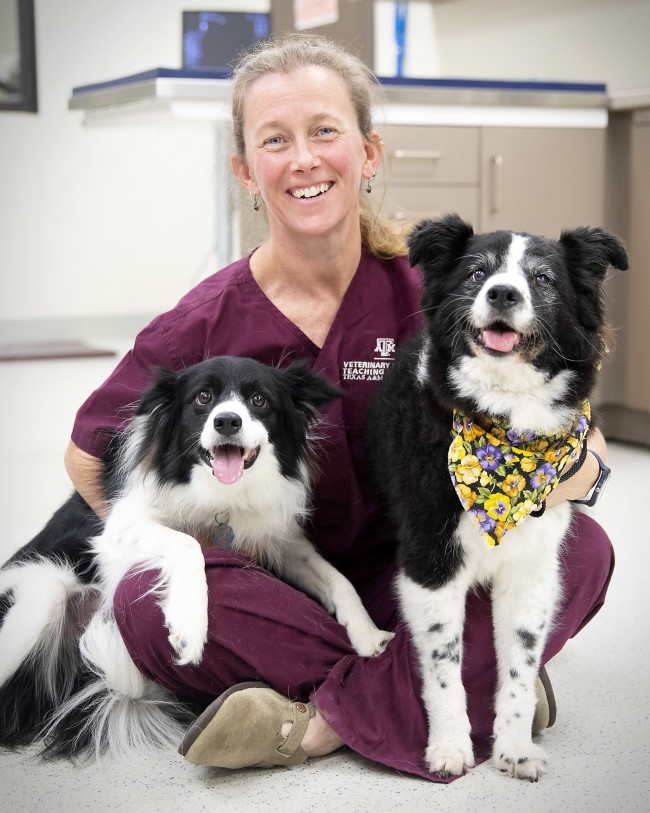 Veterinarian Kate Creevy (with Poet and Bandana) is one of the co-leaders of the Dog Aging Project. To participate, dogs visit the clinic regularly for checkups. (Credit: Texas A&M University College of Veterinary Medicine & Biomedical Sciences)

By then a professor of pathology at the University of Washington medical school,
Kaeberlein found these results both tantalizing and frustrating. “There would appear to be molecular processes that are shared in the aging process cross lots of different organisms,” he says. That means, in theory, a chemical like rapamycin should therefore also prolong the lives of people. But it’d be hard to confirm: Humans live such a long time that it would take at least a generation to find out. What he required was a test subject that approximated humans biologically, but with a much shorter lifespan.

An intriguing solution came up in 2011 in a conversation with biologist Daniel Promislow, who would soon become a new colleague and, like Kaeberlein, was a dog owner. Considering that canines have an average life expectancy of about a decade, everyday exposure to a human living environment and natural susceptibility to many of the same frailties as humans — from heart disease to cancer — Promislow, who was already working toward starting aging studies in dogs, commented that pooches might just be a pathologist’s best friend. And pathologists could return the favor by helping to extend pets’ lifespans, a treat for anyone
who has a dog. 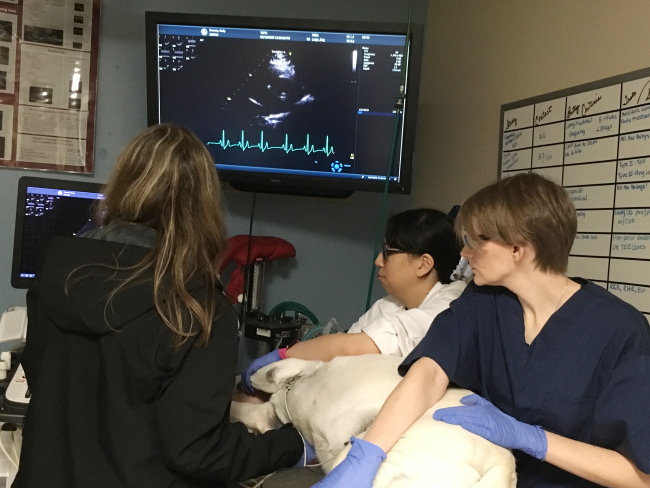 Kaeberlein decided to join in. Launching the Dog Aging Project late last year, with $23 million in funding from the National Institute on Aging, he, Promislow and their colleagues got 80,000 responses to their call for canine volunteers.

By then, their ambitions had expanded considerably. For most of his career, Promislow had wondered why larger dogs live shorter lives. “It got me interested in thinking about dogs as a model for aging,” he says. Looking at the relationship between dog size and lifespan might be a way to find genes associated with diseases of aging and longevity.

To address this question, Promislow plans to observe dogs over their lifetimes. For the next decade, he’ll collect genetic profiles, owner surveys and data from veterinary checkups.

According to Kate Creevy, a Texas A&M University veterinarian who co-leads the Dog Aging Project with Promislow and Kaeberlein, one of the biggest challenges will be to establish criteria to measure canine aging objectively, because nobody until now has set out to practice canine gerontology. “We need something more specific than for me to walk into an exam room and say, ‘Gosh, your dog looks really good,’ ” says Creevy.

Creevy and her colleagues are developing metrics that will encompass both physical and mental health, positioning them to investigate the genetics and environments of fast and slow agers, and to see whether similar systemic breakdowns make different breeds of dog susceptible to different diseases. 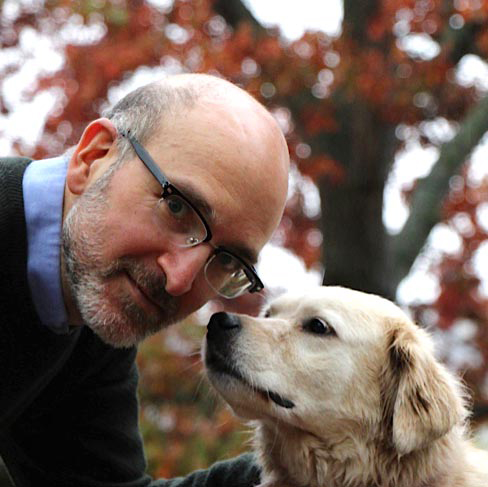 Kaeberlein’s contribution to the Dog Aging Project directly complements the longitudinal study headed by Promislow and Creevy. His working hypothesis is that rapamycin targets pathways that contribute to a variety of aging-related diseases, he explains. If rapamycin delays the onset of cancer in golden retrievers and heart disease in Doberman pinschers, he says he’ll have evidence that “there is a molecular biology of aging” common to all canines and possibly other mammals.

He has reason to be optimistic. He recently conducted a 10-week study on a couple of dozen middle-aged dogs, testing for side effects of rapamycin. In that brief period, he saw evidence of more youthful heart activity and more affectionate behavior, which might be interpretable as improved cognition.

In an upcoming study, Kaeberlein will give rapamycin or a placebo to 500 middle-aged dogs for three years. Given their maturity, a couple of hundred will probably die in that period. By comparing the lifespan of dogs on the drug with those chowing on placebos, Kaeberlein will be able to determine whether his treatment really works.

He acknowledges the personal disappointments ahead for some participants, but believes the distress will be outweighed by the potential of prolonged life for dogs and humans alike. To a dog person like Kaeberlein, these extra years are a lot more enticing than spending some additional quality time with some long-lived baker’s yeast.