Whether sunken into water bottles, strung onto chains or displayed on tables — interest in crystals and their healing potential is growing in the world of alternative medicine. Depending on how you use them, believers say the colorful shards of mineral deposits can drastically change your life. Amethyst, for example, is thought to eliminate addiction and improve intuition. Clear quartz, on the other hand, is believed to boost self-love and enhance immunity.

But these are grand powers attributed to rocks. If that’s not enough of a warning sign, there’s also a curious lack of negative side effects whenever supporters discuss using crystals, says Christopher French, a psychologist at Goldsmiths, University of London. These are red flags that hint at what many people might already know: There’s no scientific evidence that crystals can accomplish any of these claims. But since quartz sales are booming in the pandemic, it might be worth unpacking their healing appeal.

Back to the ‘Stone Age’

Even in ancient and medieval periods, people credited some crystals with particular powers. Some might protect people from thunderstorms or ward off the evil eye, according to archival texts that Marisa Galvez, a medievalist at Stanford University, has combed through. As someone who has tried to untangle the various meanings older civilizations placed in crystals, Galvez gets a lot of calls from people who are interested in the healing powers of crystals today. “They are often surprised that there are these bodies of knowledge and studies that go back to ancient times,” she says.

From the way ancient authors describe crystals, it’s clear that much of what people thought the material could accomplish was based on how the stones looked. The reflective surfaces shimmer like water, and the visual ambiguity — is it liquid or is it solid? — seemed transformative, Galvez says. Texts might even describe crystals clustered around a religious relic, which would seem to glow in a haze of light reflections and take on a halo befitting the object’s spiritual value. 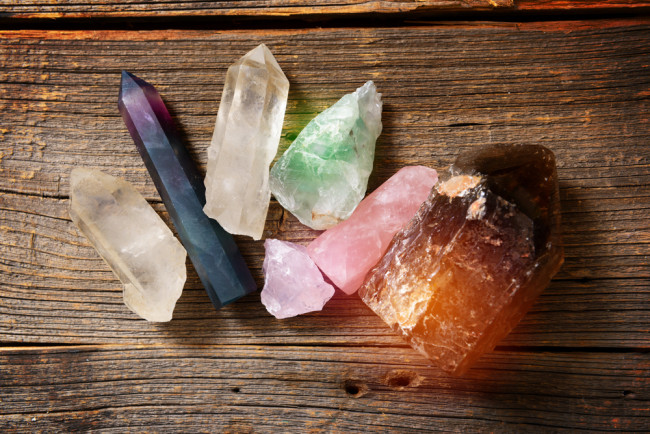 Today, crystal aficionados tend to place more authority in the physical aspects of the stones, like the temperature difference someone can detect while holding one, or the “vibrations” crystals emit. But the attraction people have to crystals tends to transcend time periods, Galvez says.

The versions people seek out for healing or spiritual purposes are generally rougher around the edges — nothing like a cut diamond or the particles in computer screens, both of which are also kinds of “crystals” in the scientific sense of the word, Galvez points out. Something that is raw and unpolished emphasizes its origin from beneath our feet and carries an otherworldly beauty. Whether a medieval person was looking for a closer connection to God or someone today is looking for another spiritual presence, crystals tether people to another realm. “This idea that it’s something from the earth but it’s also something spiritual from the heavens — something unseen, something divine,” Galvez says, “I see this across all cultures and many different periods.”

Why People Believe in Crystals

Today, those who might be more inclined to believe in the healing power of crystals might also be more likely to subscribe to other fringe therapies. In some of his own research, presented at the European Congress of Psychology, French and his colleagues handed “crystals” — some of which were collected from the earth and some of which were fake — to study participants to see who felt tingling, mood improvement or other shifts the stones were supposed to convey. Those holding artificial crystals were just as likely to report new sensations as those holding real ones, and those who felt those changes were also more likely to believe in other supernatural theories, French and his team found. 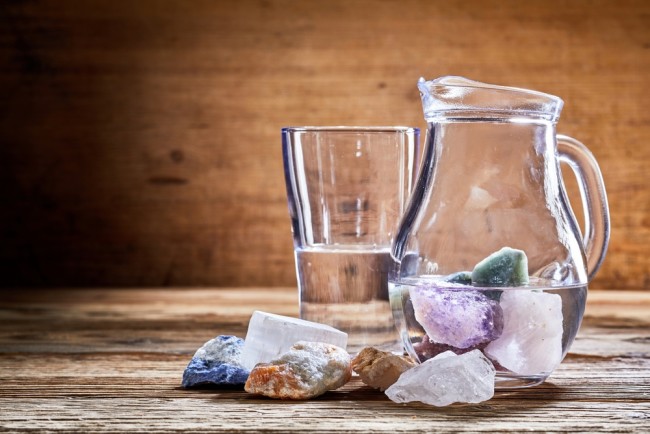 For someone to take a one-off experience with crystals and turn it into their preferred form of therapy, a few things have to happen first. It’s possible someone might start believing in the power of these stones because of a false correlation. In other words, because they had the crystal with them while something positive happened, someone might start to think the gem created those circumstances.

This single event can kick off a placebo effect. If a person believes they are receiving effective therapy — like someone who thinks they’re taking medication but it’s actually a sugar pill — symptoms can improve. This phenomenon plays out in pain management research, and it’s possible the power of belief carries over to crystal healing for some people too, French says.

Ultimately, a deep belief in the transformative powers of crystals is unlikely to cause a lot of harm — as long as people don’t deny other proven medical interventions in favor of the stones, French says. And it’s best to avoid techniques like grinding up the stones and mixing them into drinks to boost lactation — one of the medieval treatments Galvez came across.

In the end, French says scientists often write off the relationships people have with crystals as a devotion not worth examining. “I think that’s a mistake,” French says. “From a psychologist’s point of view, if they don’t work, why do people think they do?” A better understanding of why people are searching for self-improvement through a stone might reveal more about the social circumstances that led to that choice than it would about the belief itself.