When you think of competitive bicycle races, you probably think of the traditional century-old Tour de France, featuring a challenging month-long ride over kilometers of lovely countryside. Indeed, that’s the premiere race featuring the crème de la crème of the world’s bicyclists, but it’s not the only game in town. Do a little searching and you’ll find bicycle races with their own set of bizarre settings, challenges, and champions. From balloons to submarines to soggy bogs, here are a few of the most unusual bicycle races around the world.

Bicycling and hot-air ballooning might seem like a dangerous combination at first glance, but there’s a method to the madness. The Bicycle Balloon Race is held every year as part of the Hot Air Balloon Festival at the Warren County Farmers’ Fair in New Jersey. The race begins with bicyclists and their bikes receiving a ride on a hot air balloon. No, the riders aren’t pedaling in mid-air—the bikes are strapped to the basket while the bicyclists ride inside. The balloonist flies the rider to a certain spot and descends. After disembarking, the cyclist rides back to the fairgrounds as fast as they can. Kooky? Sure, but it’s all for charity.

Whenever you’re racing, a road bike helmet is required to prevent serious injury to your head and the brains within. The Underwater Bike Race in Onslow Bay, NC, has an even more important piece of safety equipment: scuba gear. Every Independence Day, cyclists and their bikes take a ship out about 12 miles from shore and dive down to the USS Indra, a decommissioned ship sunk to form an artificial reef. Cyclists can pedal, push, swim, or drag their bikes. Once again, all this nuttiness is for a good cause, supporting cancer research.

If you’re mountain biking and have already conquered all the chief peaks in the sport, why not find out how low you can go? The Bog Snorkeling World Championships take place in Wales, specifically the lyrically named town of Llanwrtyd Wells. Before the race, a 60-yeard-long trench is dug through a peat bog. This trench fills with water, and competitors—outfitted with snorkels, scuba masks, and flippers—must ride back and forth through the bog while being timed. The snorkel comes in handy because the bikers are up to their eyebrows in water the entire race.

Among the most unusual bicycle races around the world, none are more grueling than the Iditarod Trail Invitational. You probably know the trail better for its connection with the famous annual sled dog race. The Invitational, however, takes place the week before, and as an ultramarathon involves not just biking but also hiking and skiing 1,000 horrendously difficult and frigid miles over Alaskan terrain. You must be a qualified ultramarathoner before you can enter a 350-mile version of the event just to pre-qualify for the actual Invitational. Bundle up before mounting your bike! 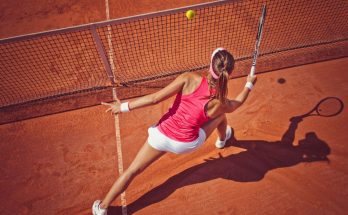