This story appeared in the September/October 2020 of Discover magazine as “What We’re Reading.” We hope you’ll subscribe to Discover and help support science journalism at a time when it’s needed the most.

The Apocalypse Factory: Plutonium and the Making of the Atomic Age 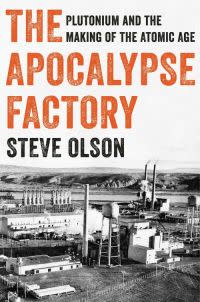 On Aug. 9, 1945, an atomic bomb carrying 13 pounds of plutonium was dropped on the city of Nagasaki. Six days later, Japan surrendered, ending World War II. Science writer Olson builds a gripping story around the oft-forgotten factory where that plutonium was produced: the Hanford nuclear production complex in Washington state. The plutonium made at Hanford didn’t just bring the war to a close, Olson argues — it forever changed the world we live in.

When certain types of atoms are split apart, it creates a chain reaction that generates the massive amounts of energy needed to power an atomic bomb. It’s only fitting, then, that the book’s narrative is itself a chain reaction, tracing a line from the race to weaponize atomic energy to the construction of Hanford’s sprawling production facilities to the stockpiling of the U.S. nuclear arsenal during the Cold War. Through that sequence of events, the thrill of discovering plutonium is inexorably linked to Olson’s depiction of human tragedy in Nagasaki.

Olson’s explosive cocktail of basic physics and wartime drama had me, both a science nerd and a history buff, drinking deep from every page. Admittedly, a book titled The Apocalypse Factory might not be the lightest reading material during a pandemic. But as I became invested in this riveting tale of brilliant minds working together amid a global crisis, the promise — and peril — of scientific achievement resonated deeply.

How to Astronaut: An Insider’s Guide to Leaving Planet Earth 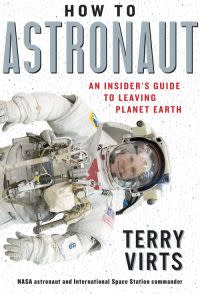 What would it really be like to don a spacesuit and launch into the cosmos? In this collection of essays about spaceflight, NASA astronaut Virts takes the guesswork out of the question. Whether he’s musing about floating in zero gravity, an astronaut’s diet or the psychological toll of space travel, Virts’ firsthand accounts are richly detailed and often snort-milk-out-of-your-nose hilarious. Take the chapter on whether anyone has ever, uh, you know, in space — aptly titled, “It Was a Long 200 Days.”

Fathoms: The World in the Whale 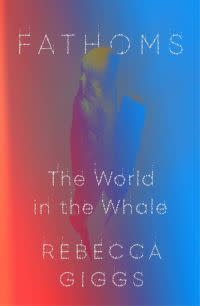 You might think you know a thing or two about whales, but Giggs shows just how much these animals have to teach us — like that whales might be able to sense Earth’s magnetic fields to navigate the ocean’s inky darkness. Nor does she limit herself to biology, detailing whales carved in stone, depicted in literature and even heard on vinyl records. Blending scientific precision with lyrical prose, Giggs makes you feel like you’re seeing a whale for the very first time.

Livewired: The Inside Story of the Ever-Changing Brain 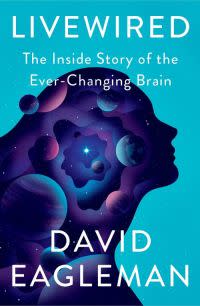 As neuroscientist Eagleman argues, the brain’s neural circuitry isn’t set in stone — rather, it is constantly being reshaped by our experiences in the world. Unraveling decades of research, Eagleman explores heady topics like how brains grow, why we dream and why thousands of people in the 1980s — and only then — saw book pages as tinted pink.

The Organ Thieves: The Shocking Story of the First Heart Transplant in the Segregated South 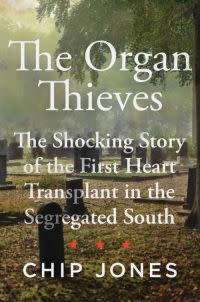 In 1968, after black factory worker Bruce Tucker suffered a severe head injury, surgeons at the Medical College of Virginia transplanted his heart into a white businessman — without notifying Tucker’s family of his hospitalization, much less the transplant. As journalist Jones weaves a rigorously researched story of race and medical mistreatment, he reveals how human rights can be eroded in the pursuit of scientific progress.