Ancient Egypt was a powerhouse civilization at a time when much of the world had yet to start building the first cities. Why did Egypt rise to power so early, and how did a society with so little rainfall support a population sufficient to build the pyramids? The answer can be traced back to a simple, but powerful force: the Nile River.

The Nile is the longest river in the world, stretching more than 4,000 miles. It fueled civilization in ancient Egypt as well as neighboring Nubia, another ancient civilization along the Nile River in what’s now Sudan and Egypt. 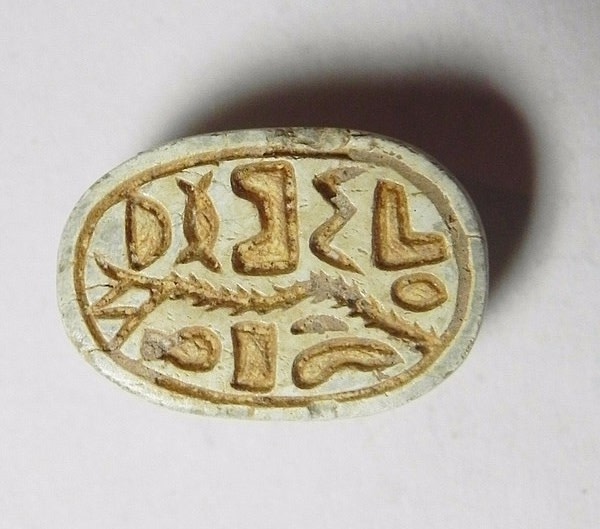 This scarab featuring the Nile River contains the oldest-known map of Egypt, as well as 10 important cities along the river. It was created more than 3,600 years ago. (Credit: Wikimedia Commons)

After Northern Africa emerged from the Ice Age more than 10,000 years ago, monsoons moved into the region, creating seasonal oases. In the millennia that followed, the climate dried out, leaving the Sahara Desert. Today, Egypt gets little precipitation throughout the year. It’s surrounded by desert on three sides, with the Mediterranean to the north. So ancient societies learned to rely on another source for water — the Nile River. People who lived along the Nile River Valley found they could still farm, even without rain.

Read More: Nabta Playa: The World’s First Astronomical Site Was Built in Africa and is Older Than Stonehenge

Eventually, these ancient civilizations realized that the Nile was prone to an annual “flood of a hundred days,” as spring rains hit the Ethiopian highlands, according to a 2009 collection of studies into the river’s history, geology, biology and climate. The floods left behind nutrient-packed silt carried down from the mountains, lakes and forests upstream.

At first, these floods served as natural irrigation for crops in the days of predynastic Egypt, researchers believe. But as Egyptian and Nubian civilization advanced, they learned new ways to farm in this silt. Ultimately, the ancient Egyptians and Nubians built canals and irrigation systems to control the water for their crops.

Researchers believe that this advanced agricultural system gave birth to the ancient Egyptian civilization we remember today — the one of pharaohs and pyramids. 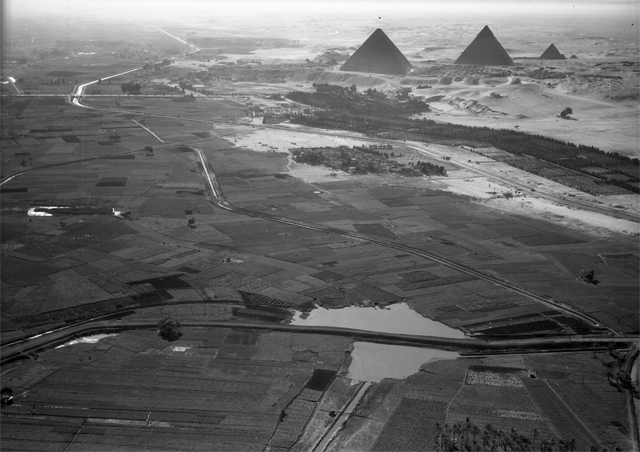 In time, the Nile became an aquatic highway, hastening trade throughout the country and the world at large. Traders used it to bring goods from farther south in Africa, as well as upriver from the Mediterranean. And soon, Egypt’s influence spread across the ancient world.

Ancient Egyptians also moved pyramid-building supplies via the Nile River. Scientists think many of the stones for the pyramids were transported from neighboring regions using the colossal waterway. Archaeologists suspect that the granite beams used in the inner chambers of the Great Pyramid at Giza were actually quarried hundreds of miles to the south.

The Nile floods came in handy, too. When the river entered its annual floods — typically from August until October — the water actually pushed right up to the pyramid construction site. Thanks to canals and passageways dug along the floodplain, the pyramid stones could be dropped off using boats. 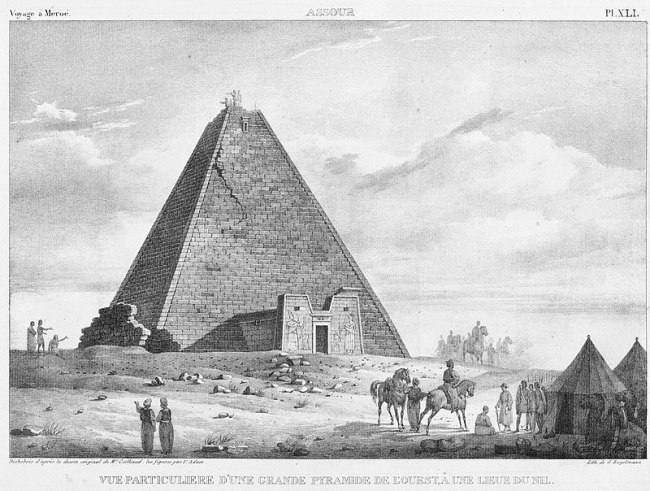 This painting shows the Nubian Pyramids of Meroe, which were destroyed by treasure hunters in the 1830s. (Credit: Wikimedia Commons)

Nubia and the Nile

Egypt wasn’t the only civilization that benefited from having the Nile in their backyard. People throughout Africa were drawn to the Nile, and they traveled from throughout the region to settle in Nubia. As a result, Nubia — one of Africa’s earliest kingdoms — became a cultural melting pot.

In ancient times, this area was called the Kingdom of Kush, and is even referred to by that name in the Bible. But by Roman times, the name Nubia had come into common use.

Nubian society consisted of farmers, cattle herders, miners and makers who all depended on the Nile to support their way of life. And the people who lived there frequently traded with their Egyptian neighbors.

Nubia was known for its gold, ivory, ebony and incense. Many of these luxury goods came from sub-Saharan Africa and passed through Nubia to reach the larger world, traveling via the Nile River.

Much of what we now know about ancient Nubia comes from the things Egyptians wrote about it, as well as from archaeological excavations.

These insights paint a picture of two ancient civilizations who alternated between being at peace and at war with each other. Nubia thrived for over a thousand years until it was conquered by Egypt. But Egypt didn’t always win these fights. Nearly 3,000 years ago, Nubian kings conquered and became pharaohs in Egypt, where they ruled for centuries.

These two great societies thrived along the Nile River, farming its fertile soil and using its vast waterways to expand their reach across the ancient world.