This article appeared in Discover’s annual state of science issue as “Seahorse Paradise.” Support our science journalism by becoming a subscriber.

The first time biologist Heather Mason Jones heard about the seahorses on Eleuthera Island, she had trouble believing in a place where seahorses were as common as other fish. After 29 years studying the animals, the University of Tampa seahorse expert had never seen more than a handful together underwater in her whole career. But once she was immersed in the emerald waters of the mile-long Sweetings Pond, which sits on a narrow crescent of an island in the Bahamas, she started to believe the hype.

“It was an absolutely magical moment,” she says, adding that she saw 16 of the animals in several dives during the first weekend in the water there — an enormous amount, given she had only ever seen three or four in a single dive or snorkel trip. “Until you see it, it’s hard to believe that people aren’t exaggerating.”

While they may be well known in popular imagination, seahorses are actually an unusual sight in the ocean, even for researchers whose job is to observe them. Further research by Mason Jones and her colleagues has since revealed that Sweetings Pond has one of the most concentrated populations of seahorses in the world — at times, over 10 times denser than the global average.

The pond has been relatively protected from fishing, which may be one of the reasons seahorses are so abundant. Xiong Zhang, a seahorse researcher at the University of British Columbia not involved in Mason Jones’ research, says bottom trawling in particular is one of the major threats to seahorses worldwide, because the nets can capture seahorses and destroy the substrate features they need to clasp onto. 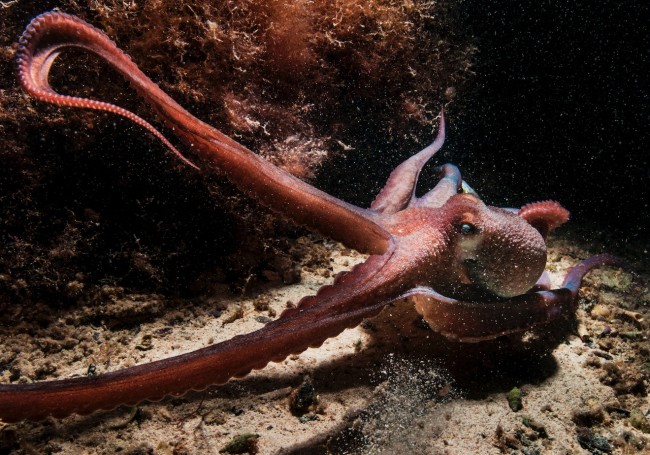 Sweetings Pond is a diverse ecosystem with all kinds of wildlife besides seahorses, including an unusual concentration of the Caribbean reef octopus. One seahorse researcher says efforts to protect Sweetings “would not only benefit species like seahorses, but it would also conserve the whole ecosystem of the pond.” (Credit: Shane Gross)

The concentration of seahorses in Sweetings Pond represents a unique opportunity for researchers to better understand the fish in general. “We have the perfect controlled system,” says Jessica Elson, who worked with Mason Jones on seahorse research while she was a University of Tampa biology undergraduate. “We have a unique opportunity because there are so many of them.”

But the clock may be ticking on this seahorse paradise. A few years back, a popular tourism website mentioned that the area was a great place to snorkel with seahorses, sparking fears among researchers that incoming visitors could destroy parts of the bony fish’s habitats. Mason Jones and her colleagues began working with partners in the Bahamas National Trust to protect the pond. She hopes the protection of the park brings sustainable tourism that will educate people about seahorses and contribute to improving their conservation worldwide.

The pond is 45 feet deep in some places, and is landlocked. Some locals even believe a sea monster lives there, earning the pond the nickname “the Loch Ness of the Bahamas.” Monster aside, the unique and sheltered ecosystem has the same salinity as the nearby ocean, but is devoid of many of the major predators that prey on seahorses. 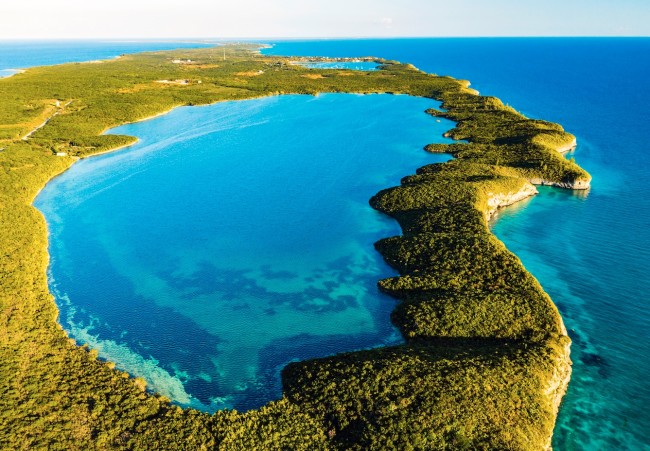 Mason Jones and Elson’s research also revealed that the lined seahorses at Sweetings Pond differ from their cousins in oceans around the island, with smaller bodies and differently shaped heads. While these differences are not enough to warrant calling them a separate species, Mason Jones says the isolated nature of the population means these seahorses are slowly drifting away, in a genetic sense. 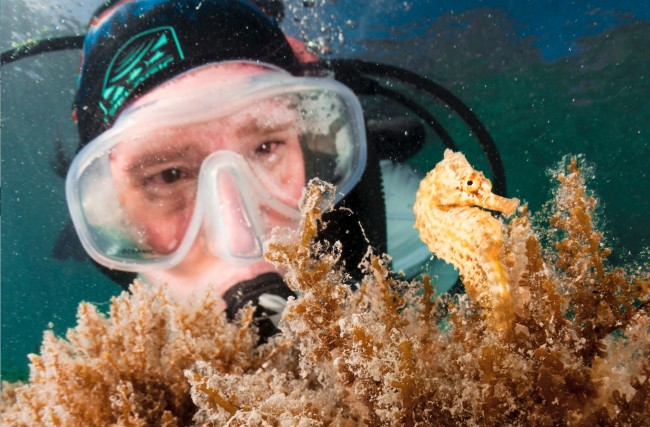 Part of the reason seahorses are so rare outside of Sweetings Pond has to do with their ecology and habits. For starters, the fish need something solid on the substrate to clutch onto with their tails, as they aren’t particularly good swimmers (right). Sweetings Pond provides them with lots to cling to: vegetation, coral and bivalves, including Atlantic pearl oysters. 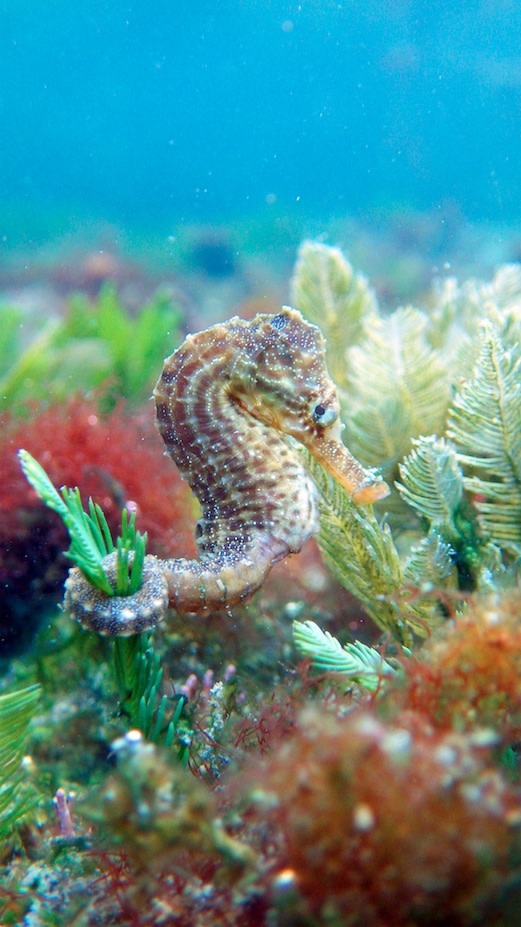 Ongoing research by Mason Jones, Elson and their colleagues has revealed that the seahorses of Sweetings Pond behave a lot differently at night. During the day, they hang out upside-down at the pond’s bottom, so researchers had assumed this was what they always did. But it turns out that at night, they move to the tops of vegetation and stay upright.

The researchers aren’t yet sure why they take on these postures, or whether one is a sleeping position. What’s more, the team found that the seahorses were much easier to find after dark due to their upright posture, and they were congregated in much denser groups — up to three times as dense in some cases.

Their new study, the first to examine seahorse behavior at night, shows that seahorses may be more common in some areas than biologists previously believed — researchers just aren’t looking at the right times, Elson says. 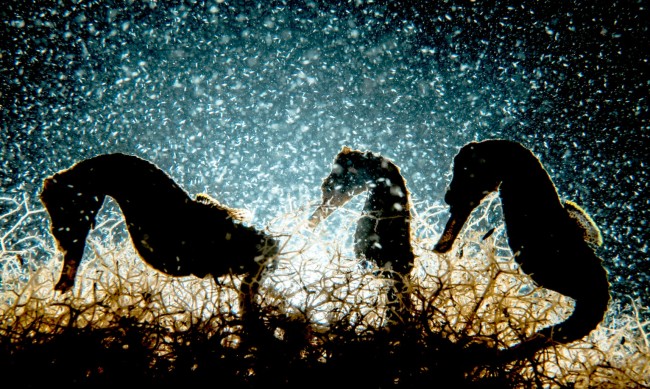