Plastics are everywhere. They’re in our clothes. They’re in our furniture. They’re even in our food, seeping in through all manner of bags, boxes, wrappings, liners and seals. Rip open any package and microplastic bits flood out.

Plastics helped bring about the modern era of affordable convenience. But that ease has also put our health at risk. For more than half a century, manufacturers have been making plastics stronger and longer lasting thanks to an industrial chemical called bisphenol A, or BPA. But study after study has now shown that BPA is toxic to human brains, reproductive systems and more. BPA can cause fertility problems, possibly including miscarriage, as well as behavioral issues in children, and can even lead to an increased risk of heart disease and diabetes in adults. These revelations forced the industry to change.

“Bisphenol A started to get a really bad reputation,” says Washington State University reproductive biologist Patricia Hunt. “And as state legislatures started to ask for bans on BPA in baby products and sippy cups, the industry started to roll out replacement bisphenols.”

In recent years, this surge in fresh plastics has brought consumers some small manner of comfort. The BPA-free sticker makes us feel better about the water bottles we drink from and the toys we give our children.

But Hunt is here to burst the BPA-free bubble. There are now at least 50 BPA-free alternatives, with names like bisphenol S and bisphenol F. So little is known about their use that even scientists can’t really say how many are in circulation. What researchers do know is that these chemicals are structural analogs of BPA. And their similarities don’t stop at their chemical structure — they also disrupt how cells function in many of the same ways and cause similar toxic effects on the human body.

“It’s like a never-ending shell game,” Hunt says. “There are more replacements than we can test rapidly.”

What BPA Does to the Body

Some two decades ago, Hunt and her colleagues stumbled onto a BPA breakthrough while working on another project. The scientists were using lab mice to model how even subtle hormonal changes can impact a woman’s ability to develop a healthy egg. Initially, their experiment appeared to be working well, returning results on par with what they’d expected.

Then their results went haywire. “We went from normal control data one week to completely abnormal data the next,” Hunt says.

Eventually, they tracked down the culprit: The janitorial staff had used a harsh cleaner on all the plastic mice cages. That damaged the plastic, allowing it to leach into the mice.

Since the 1970s, scientists had been finding troubling hints that BPA had negative health effects. But Hunt’s research and subsequent work provided damning evidence that mice — and their babies — that were exposed to BPA had abnormal chromosomes.

Initially, scientists thought BPA was acting like a form of weak estrogen, the primary female sex hormone that regulates reproduction and some sexual characteristics. (Men also have estrogen, but at lower levels.) Researchers believed BPA was binding to or disrupting the same receptors used by estrogen. And it does seem like that’s often what’s happening. 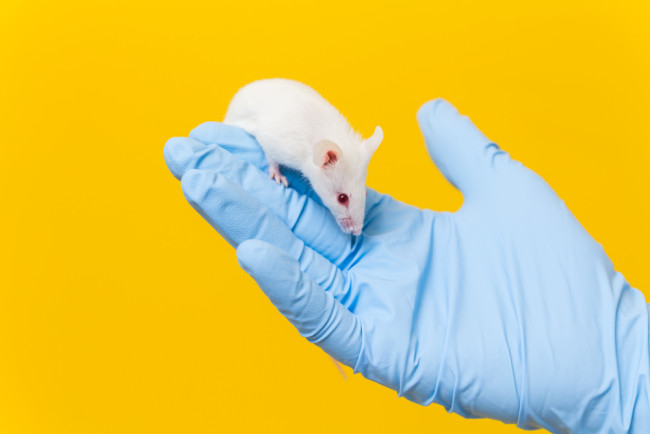 Since BPA has different effects in different places in the body at different times, that makes it very hard to study. For instance, rather than being able to nail down how BPA and its alternatives behave in the ovary, researchers have only been able to specify how it acts in the ovary at specific times.

“It’s really complicated, and I think there’s a lot of interaction we don’t completely understand,” says Hunt. “The way that it induces its effects is variable. It’s actually quite interesting. It’s like a little chameleon of a chemical.”

These complexities have allowed lingering doubts about how conclusive the science is that BPA can harm humans, not just animals. Historically, industry research has claimed the chemical is safe to use; even the federal government recognizes BPA as safe at certain levels.

But researchers have found evidence of abnormalities in the eggs of mice given less than half the amount of BPA that the Environmental Protection Agency has declared safe. And scientists have now studied a huge range of health complications that have shown links to BPA exposure. The list is staggering:

Things have only gotten more complicated as scientists around the world have tried to unravel the health effects of dozens of newly introduced BPA alternatives.

Those studies have already been going on for years, and they’ve been building startling-yet-familiar evidence. They act as disruptors in many of the same ways as BPA; in fact, not only are many BPA-free plastic alternatives bad for you — in some cases, they’re worse than BPA itself.

“We now have this whole host of bisphenols that we have to ask questions about: ‘Do they all induce the same types of abnormalities? Are some better? Are some worse?’ et cetera, et cetera,” Hunt says.

Some of the lingering unknowns stem from current restrictions on experiments with human fetal tissue, she says. These samples are often obtained through elective abortions, and that’s made them politically fraught. As a result, it’s hard to study the impacts these chemicals are having at a crucial time: during development of the brain, ovary and mammary glands.

Instead, scientists have to turn to other living things as models for what’s happening in humans. This work has provided compelling evidence for the same damaging effects across a range of species. But it’s also led to criticisms that scientists haven’t conclusively shown BPA-like chemicals are bad for humans, too.

“When people study rodents, frequently we’re told, ‘Well, these are only rodents. We can’t extrapolate to humans,’ ” Hunt says. “OK, we could go to the monkey as models. Well, monkeys are very expensive studies. We can only use a few monkeys, and that research is not very popular either, but it gets closer to humans. So we’ve done that for bisphenol A, and there’s really compelling evidence it induces the same sort of effects.”

Some studies of human fetal tissue have been done. But most studies of exposure in humans have to look for correlations. For example, scientists study pregnant mothers’ urine and blood, then compare those exposure levels to the effects they see in their offspring. Together, that research has offered up strong evidence that these chemicals have harmful effects in the body.

“We see some [cause for] concern from mice to monkeys to roundworms,” she says. “There’s no reason that we would think that humans would be different.” 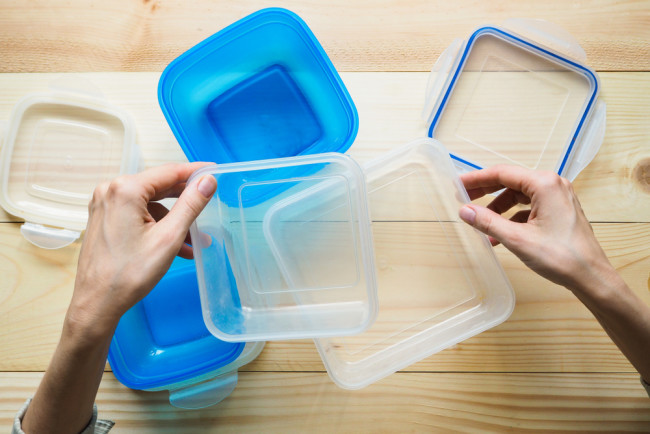 How to Avoid Exposure

To Hunt, the evidence is damning enough that she avoids plastics when she can. She doesn’t microwave any plastic or put plastic in her dishwasher. And she stores her food in glass.

But she says plastic food containers are actually just one way people are exposed to BPA and its alternatives. Another major culprit is “pressure-printed” paper receipts. The waxy layer of stuff on your average receipt is often made from a layer that includes BPA, as well as BPA-free alternative chemicals.

So grocery store clerks, fast food workers, retail cashiers and many others are exposed to significant doses of these chemicals every day. In a number of studies, researchers have taken blood and urine samples from cashiers before and after their shifts; the chemical levels spiked as the toxic compounds leached into the workers’ bodies.

Hunt says she and her colleagues have been especially worried about these kinds of exposures that our “essential employees” are getting as the COVID-19 pandemic has spread around the world. In a variety of ways, these everyday exposures — and others — are putting workers at an increased risk for a host of health conditions, from asthma to diabetes. And those preexisting conditions are making COVID-19 infections worse for people on the pandemic’s front lines. It’s just one more way exposure to these chemicals might have a cascade of effects.

“There’s always many more [chemicals] we should be testing, and there’s always many, many ways we should look at them,” Hunt says. “It’s looking like exposure to these types of chemicals is actually going to fundamentally change our body.”