Consider for a moment the trending activities and buzzwords in our new socially-distanced normal: Stay outside. Be active. Explore nature. Take up a hobby. Cook something new in the kitchen. And by all means, avoid crowds. Turns out, one of humanity’s most ancient practices can check every one of those boxes — foraging for wild foods. And it’s on the rise.

Even people living in dense U.S. cities are typically surrounded by edible vegetation. Look no farther than New York City, where 66 percent of the city’s 304 woody species provide edible goods, according to a 2017 research paper published in Landscape and Urban Planning. That’s 201 trees, seasonally ripe for the masses. That is, if you were allowed to harvest these edibles.

Experts say wild nuts, berries, mushrooms and herbs grow all across the U.S. and around the world. Many are relatively easy to identify and safe to consume. Collecting them legally, however, can pose the biggest challenge to foragers.

“There’s just been an explosion of foraging presence in social media,” says Marla Emery, co-author of the New York study. Emery, a research geographer with the USDA Forest Service, has published more than 100 papers and studies on foraging since the mid 1990s.

In 2008, she shifted her focus to city foraging, as our global population became increasingly urbanized. Despite this trend toward cities, she estimates that more than 20 percent of the population in the U.S. and Western Europe still participates in some type of foraging.

For most of human existence, we subsisted primarily off of hunting and gathering in the natural world. The process required intimate knowledge of and connection to forests and their vegetation. Domestication of crops, which began around 10,000 B.C., shifted humanity’s relationship with food. And present-day civilization has distanced us even further from the bounty in our own backyards.

“We’ve gotten so far from the hunter-gatherer mode in our society that we tend to not look at the landscape as a food source,” says Mike Kempenich, owner of Forest to Fork, a wild food shop in Minneapolis-St. Paul.

In 2018, Kempenich opened a storefront in a St. Paul food hall that includes a towering glass mushroom-growing chamber. He also runs Gentleman Forager, which invites the public into the field for classes and workshops on foraging basics. One of the goals is to get people outside and back in touch with the land, which carries numerous health benefits.

At some point in life, most of us have experienced plucking a juicy, ripe blackberry or blueberry off a branch and popping it into our mouth. That makes berries an easy on-ramp for foraging beginners. These fruits are familiar and many varieties have few false look-alikes. Plus, they grow seasonally across the U.S. 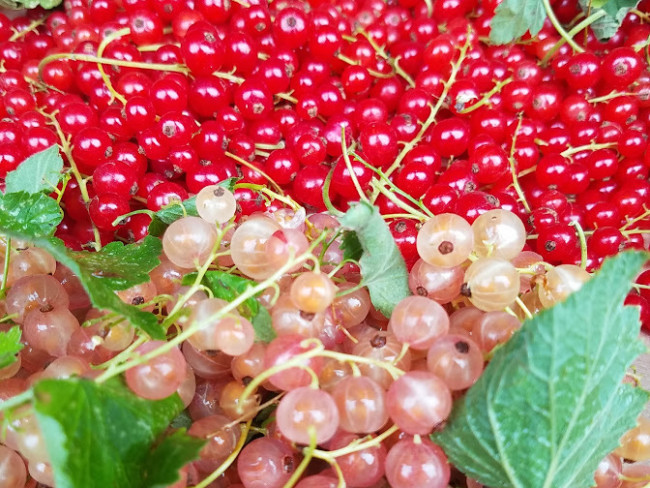 “Most states in the country have six to 12 well-known, easy-to-identify berries,” Kempenich says. To expand your options in the woods, research a few varieties native to your area that you wouldn’t find in the grocery store. Gooseberries, mulberries and huckleberries are all delicious.

Similar to berries, mushrooms fall into this “fruiting body” category that is prevalent around the globe. One of the most popular and coveted specimens is the morel, which Kempenich calls the “gateway mushroom” to foraging. But the seasonal window is limited to late spring and early summer. Two other beloved fungi thrive through the summer in many places: chicken of the wood and chanterelles.

Chicken of the wood (or COW) is named after its shockingly chicken breast-like texture. (Seriously, breaded and fried like a nugget, you can even fool adamant mushroom-haters.) It grows on trees and turns bright orange, which means you can spot it from a road or a trail without venturing into the thicket. Chanterelles are smaller and smell like apricot, but have a lovely peppery flavor, Kempenich says.

Like most wild edibles, mushrooms do have some poisonous species. So all beginners should consult guidebooks, verified online resources or experts before collecting and consuming these foods.

In urban areas, Kempenich says to seek out green spaces with trees. Wooded stretches along bike paths, recreational trails or waterways make great habitat. You also should familiarize yourself with local laws, since they typically vary by state and local municipalities on what harvesting is allowed and what is prohibited. 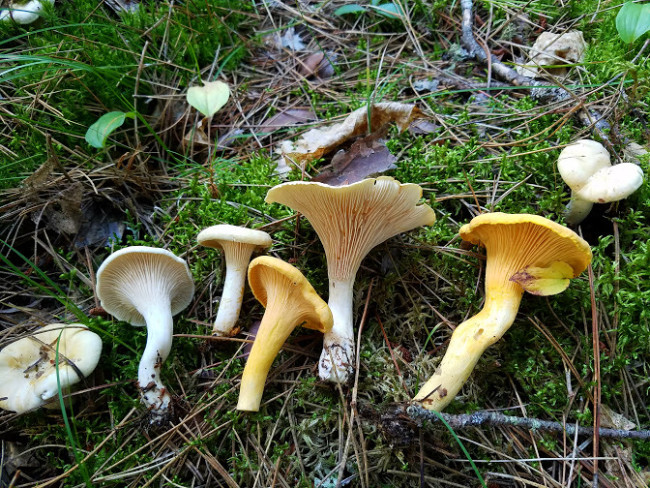 The state of Minnesota, for example, prohibits harvesting actual plants from state parks — as is the case in many states. But it allows picking fruit and mushrooms for personal use (some National Parks also allow this). The ecological reasoning behind this is that these fruiting bodies can come and go with minimal impact to the living organism. A mushroom you might find in the woods, for example, is like an apple growing from a tree. Except this tree is an underground network of mycelium fungus.

By Emery’s estimate, most U.S. municipalities currently have laws on the books that restrict or prohibit foraging on city property. But these rules seldom apply to all accessible land in a city.

“The whole conversation about legality in urban environments is super complex,” Emery says. “There’s this mosaic of land throughout a city. And edible things grow on all of it. The rules are different on all of them … There are vacant lots. There are fence lines. There are campuses for businesses or hospitals.”

In Los Angeles, for example, the law remains vague on whether you may pick fruit from branches hanging over the sidewalk or public right of way. The long-standing debate even prompted a 2004 art collaboration, Fallen Fruit, that is still going strong in Southern California.

On one hand, blanket laws against urban foraging often protect a city from public health liabilities and potential disturbance to the environment and habitat. Foraging enthusiasts and some researchers contend that access to the land and its resources promotes environmental awareness and investment from city residents. Also, many targeted invasive plants threatening U.S. habitats, such as garlic mustard and mugwort, are edible and frequently foraged — so harvesting those does the environment, and landowners, a favor. 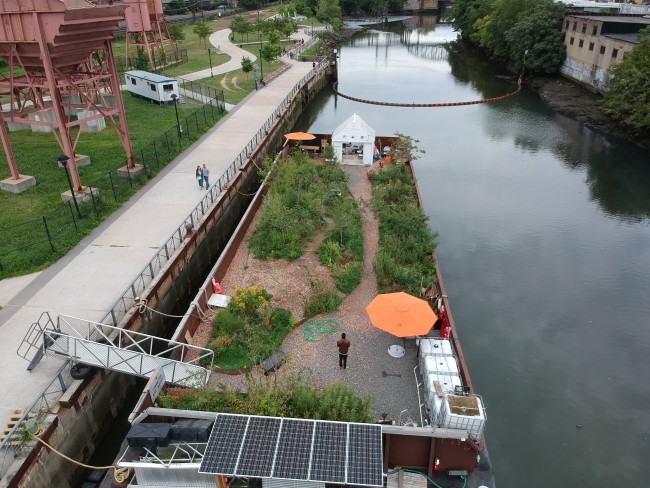 Close on the heels of the community garden movement, food forests have recently emerged in some cities to create sanctioned foraging. These projects, typically organized by nonprofit groups, can challenge hardline laws against collecting plants and fruiting bodies. Seattle’s seven-acre Beacon Food Forest was a forerunner that launched in 2009 and opened to foragers in 2012. The success prompted city policies to recognize human foraging as a benefit to urban forest management.

Another project in the Bronx of New York demonstrates a more radical approach. Artists created Swale — a floating edible forest on a barge — in 2016 to operate under maritime law and skirt New York’s restrictions against foraging. In less than five years, Swale hosted more than 200,000 visitors and the grant-based art project is under renovation to become a permanent park.

“Clean water is a human right. What if food could be that way too?” Swale founder Mary Mattingly says in a promo video describing the project, which was strategically located in a vast food desert. The year after it opened, New York adjusted its foraging laws and launched Concrete Plant Park in the Bronx, with a public forage garden.

One of Emery’s recent papers awaiting publication analyzes food security and food sovereignty. “We hear a lot from immigrants who are foraging in cities. And for them, one key value is being able to get the foods that are important for them culturally,” she says, noting that many of those foods are not available in most U.S. grocery stores. Passing on that culture to the next generation is also a key motivator behind their foraging.

While working at the University of Vermont, Emery found that foraging’s connection to social justice has created an uptick in student interest. “People who are currently and recently getting Ph.D.s do see this as an issue of social and environmental justice,” she says.