Gone with the Wind: Is it America’s strangest film? 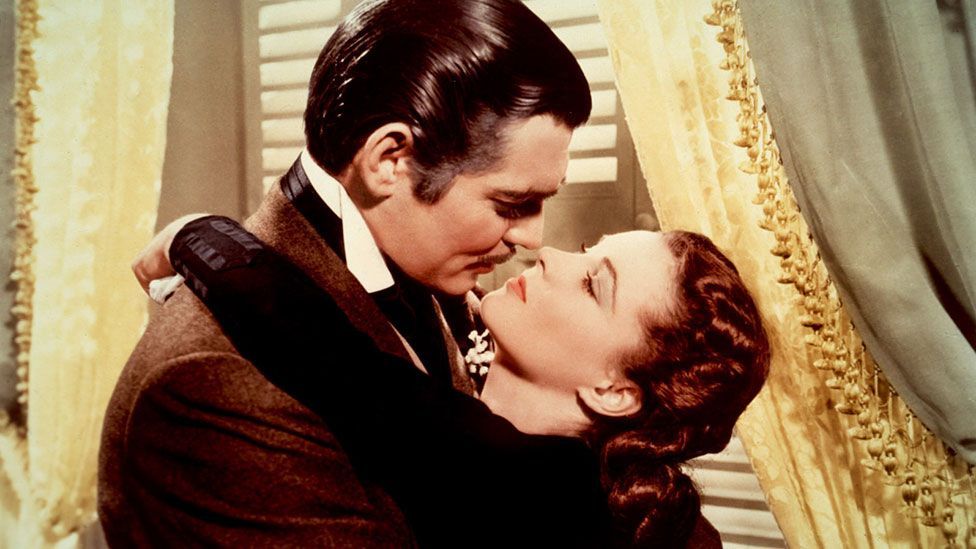 It’s one of the most successful films ever made in the US, but as HBO Max removes it from its catalogue, is it past its sell-by date?

Gone with the Wind is America’s favourite film. It premiered more than 75 years ago, but in a Harris poll conducted in 2008, as well as an ABC News survey conducted in 2011, it was still deemed better than any film released since 1939. The box-office figures agree. If you adjust them to account for inflation, it stands as the most successful film ever made.

This story was originally published in 2014

As impressive as these statistics are, though, they’re not particularly startling. Gone with the Wind has been regarded as one of Hollywood’s crown jewels for so long that it’s easy to take its status for granted. We remember the sweeping scope and the bold Technicolor vistas; we think of Vivien Leigh’s pert beauty and Clark Gable’s unparalleled ability to make a moustache look sexy; we picture their characters’ torrid clinches and verbal sparring; and we imagine that it’s the kind of film which audiences were always bound to adore. But if you rewatch Gone with the Wind now, what’s striking is how head-spinningly strange the entire thing is.

Far from being simple, wholesome family entertainment, the film is an admiring portrait of a conniving, lying, mercenary seductress. It’s a valentine to the slave-owning South, and a poison-pen letter to the anti-slavery North. It’s a tonal rollercoaster that plunges from frothy comedy to gruelling tragedy and back again. It’s a romance that puts the hero and heroine at each other’s throats. And it’s an episodic coming-of-age story that keeps going for nearly four hours before reaching its abrupt, unresolved ending. In short, Gone with the Wind is a preposterous, almost unclassifiable mix of highly questionable elements. The wonder is not just that it’s America’s most beloved film, but that it isn’t America’s most hated. 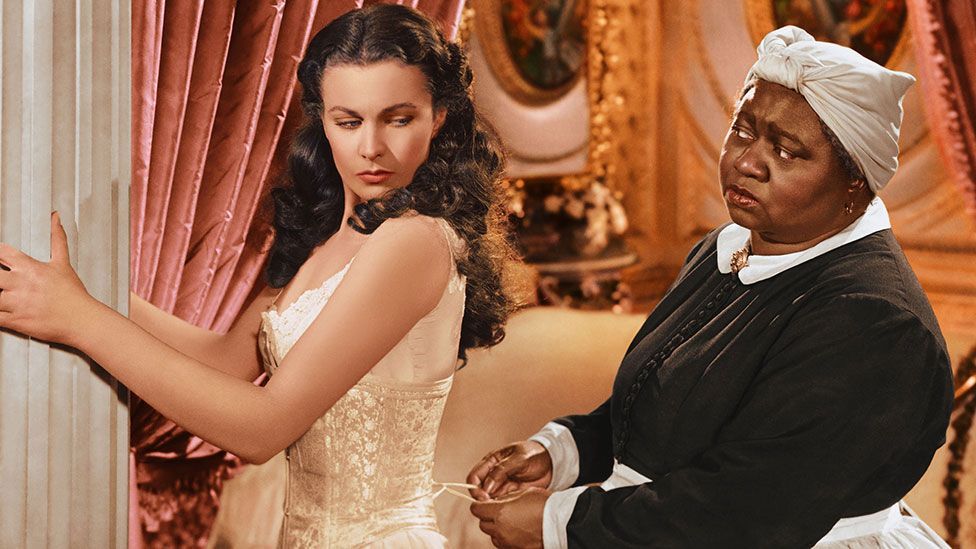 The film is a valentine to the slave-owning South, and a poison-pen letter to the anti-slavery North (Getty)

The potential for disaster was there from the beginning. The novel it was based on, by Margaret Mitchell, was a runaway bestseller – but it was also 1,037 pages long. David O Selznick, an independent producer, paid $50,000 for the film rights, but the task of turning the book into a screenplay was so perplexing that it was never actually completed. The script was written and rewritten countless times over the following years, by F Scott Fitzgerald among many others, but Selznick himself kept revising the dialogue every day while the film was in production. Shooting such a lengthy and complicated film was even more difficult. Selznick screen-tested 31 of America’s most popular actresses for the lead role, before settling on Leigh, a relatively unknown Brit. He hired his friend, George Cukor, to be the director, only to replace him with Victor Fleming after three weeks of shooting. Fleming, in turn, had a nervous breakdown, and abandoned the project for two weeks. As the budget spiralled, Gone with the Wind became known in the gossip columns as ‘Selznick’s folly’.

That all changed when it was finally released. An immediate smash hit, it went on to win 10 Oscars and become the most lucrative film of the year. Selznick’s perfectionism was vindicated – as was his habit of popping Benzedrines so he could keep working for days on end without sleep. But this triumph was by no means a sure thing. Audiences who fell for the film could easily have been baffled instead.

Gone with the Wind doesn’t start out as a blood, sweat and tear-stained historical epic, but as a cheeky, sun-dappled romantic comedy. Scarlett O’Hara (Leigh) is introduced flouncing around in a dress like a frilly parachute, trilling “fiddle-dee-dee!” and fending off twin red-headed suitors. The Civil War is on the horizon, but the antebellum South is presented as “a whole world that wants only to be graceful and beautiful”. And Scarlett doesn’t care about anything except that the man she has her eye on, Ashley Wilkes (Leslie Howard), is engaged to his goody-goody cousin Melanie (Olivia de Havilland). Not even the attentions of the rakish Rhett Butler (Gable) can distract her.

The film’s next surprise is that even when the Civil War commences, the tone remains as fast and frivolous as ever. The death of Scarlett’s first husband is treated as a joke: there’s a quick shot of a letter announcing that he has died of measles, and then Scarlett is seen trying on hats to go with her widow’s weeds. In general, it’s astonishing how speedy this four-hour film is. A constant barrage of dramatic upheavals ensures that you never catch your breath, and the editing is so nimble that you hardly catch a glimpse of any of Scarlett’s three weddings. At a time when The Hobbit can account for three films and The Hunger Games: Mockingjay can cover two, it’s impossible to imagine a 21st-Century movie dealing with the same material so snappily.

After that sprightly first hour, though, Scarlett is engulfed in the Civil War, and the mood turns very dark indeed. Viewers who had been enjoying the farcical romantic shenanigans could well have been appalled by the unsparing scenes of her traumatic nursing work (which are echoed in Joe Wright’s Atonement and the forthcoming Testament of Youth). And then there’s Scarlett herself: ruthless in her manipulation, psychopathic in her determination, and strikingly modern in her social impropriety. Few heroines in cinema history are quite as unorthodox. 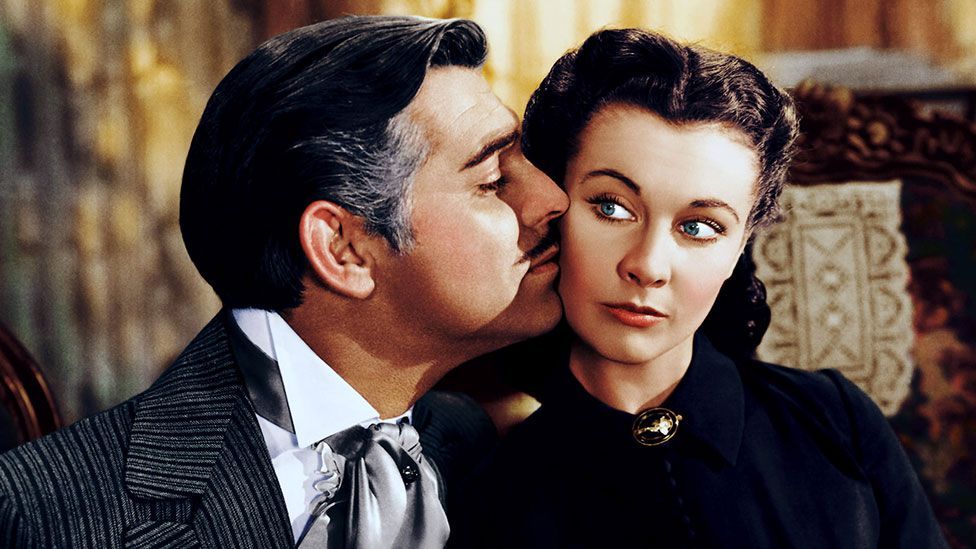 Even more contentious is the film’s treatment of its black characters. Mitchell’s novel was controversial when it was first published, and despite Selznick’s efforts to omit its most racially insensitive material, it’s still painful to hear Scarlett’s father advising her, “You must be firm with inferiors – especially darkies.” To the film’s credit, Hattie McDaniel, who played Mammy, became the first African American to win an Oscar. But Mammy’s two fellow black servants, Pork (Oscar Polk) and Prissy (Butterfly McQueen) are demeaning caricatures. Malcolm X said that McQueen’s performance made him feel “like crawling under the rug”.

Another flaw opens up in the film’s last hour, when the story is no longer about the Civil War’s effects on the South, or about Scarlett’s steel-willed striving to regain her fortune. It’s about a ridiculous love triangle. She and Rhett are married by this stage, but she still hankers after Ashley, the vacillating stuffed-shirt who rebuffed her a decade earlier.

Perhaps no actor could ever have competed with the devilishly charismatic Gable, but Ashley was played by a toupee-wearing 46-year-old who didn’t want the part, hadn’t read Mitchell’s novel, couldn’t stand Leigh and barely bothered to disguise his clipped English accent. The idea that anyone – let alone anyone as unconventional as Scarlett – would choose this wishy-washy character over a swaggering alpha male like Rhett is absurd: the most preposterous aspect of a daringly, bewilderingly idiosyncratic film. After more than 75 years, we’re still mesmerised by Scarlett. We’re still tantalised by Scarlett and Rhett. But Scarlett and Ashley? Frankly, we don’t give a damn.