After months of work, your quarantine garden might finally be paying off … for insects. Or even worse, no one gets to eat the fruits of your labor because a fungus got to the plants first. The situation might send you researching pesticides — a daunting task, given the range of options (and opinions) on how to best deter pests.

“Whenever I talk to gardeners, it’s either, ‘I want something that will kill these bugs and do it right now and I want to hear them scream as they die,’ or it’s somebody that says, ‘I want to get rid of the bugs, but I just want to shoo them away and I don’t want to use any chemicals,’ ” says Mike Merchant, an entomologist with Texas A&M University. “The answer really depends on the gardener.”

If you’re unsure which category you fall into, or just want to better understand your options, this guide is for you. 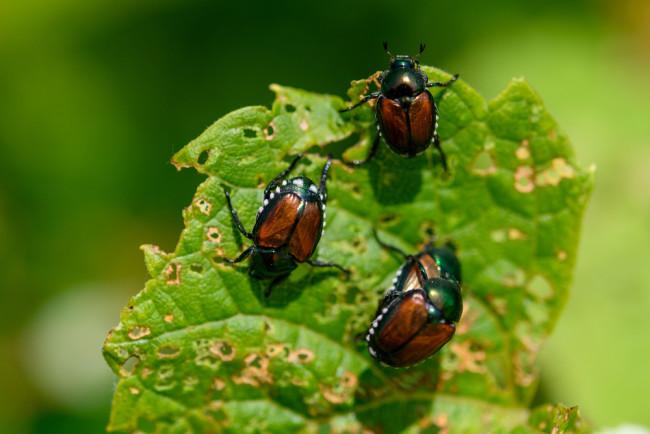 Step Away from the Squirt Bottle

For those who are leery about using any pesticides at all, first research whether or not your perceived problem will actually threaten fruits or veggies. “I spend most of my time just reassuring people that you don’t really need to do anything to protect your garden,” Merchant says.
If you see damage, it’s possible the plant and its produce will withstand the changes just fine. For example, Japanese beetles appear all over the place to munch on tomato leaves. Maybe some people don’t like the look of chewed foliage. But so long as the plant is healthy, it can tolerate the nibbles, says Isabel Branstrom, a consumer horticulture educator at Michigan State University. “It won’t look too hot, but it will be okay.”

If plant aesthetics are important to you — or if there are pests competing to eat your veggies — Merchant has a series of pesticide recommendations depending on what you’re interested in using. But first: No matter the pesticide you choose, read the label. The instructions detail what pests the chemical treats and what crops it works for. If the issue you’re trying to eliminate isn’t on the package, find something else.

Labels also dictate how to use the pesticide, like whether the chemical requires dilution or what protective gear you need to wear. It might even go as far as recommending how to clean your clothes after spraying. These labels aren’t guidelines — they’re legal documents, Branstrom points out. The EPA considers not following the directions to be a violation of federal law.

For a sense of how severe your reaction could be if exposed to the chemical, look for the words “caution,” “warning” or “danger” on the package. Each label indicates escalating toxicity. “Caution” applies to products that cause mild eye irritation that clears up within a week, for example. “Danger” indicates the product could cause irreversible eye damage.

You might spot some other symbolic clues on the instructions, like a picture of a bee in a red diamond. That icon indicates that the EPA thinks the product could harm or kill pollinators. It should come with instructions on how to cause the least amount of harm: when the plant isn’t flowering and when the bees aren’t around looking for pollen. 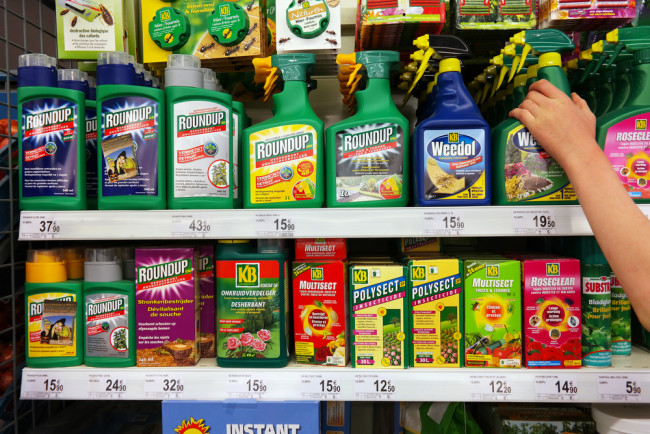 Merchant generally recommends that people consider low-impact pesticides first. These options carry the lowest risk when it comes to harming humans or insects you’d like around, such as pollinators. The most gentle varieties in this category are what pest experts refer to as 25(b) chemicals. The EPA considers these treatments exempt from some toxicity and efficacy regulations, and the list includes ingredients that might sound familiar to you.

For example, sodium lauryl sulphate, a common ingredient in shampoo and household cleaning products, makes the cut, along with garlic oil, thyme oil and spearmint oil. Merchant says there are some products on the market that only use these 25(b) ingredients, and they do a good job. Since these low-impact options don’t have to meet the same efficacy standards as other treatments, some products might not help your pest problem much.

The next grade of slightly more aggressive pesticides include other plant-derived or microbial-based agents that the EPA regulates with toxicity and efficacy protocols. Citrus or neem oil-based products fall in this category. You should generally use these products when spraying pests directly, Merchant says — for example, when you see aphids on a leaf and want to kill them off. Since the products dissipate quickly and are meant for targeted spraying, they’re fairly safe to use around pollinators. Insecticides called soaps also fall in this low-impact (but still EPA-regulated) category, too. You could also tap into a bacterial community for help controlling pests. Bacillus thuringiensis, which grows naturally in soil, is toxic to a range of pests that might want to eat your foliage, like caterpillars, Merchant says.

Beyond these two categories of plant-based and lower-risk pesticides come the heavier-duty options. These pesticides are often synthetic and are supposed to have longer-lasting effects by leaving toxic residues on leaves or dissolving in water for the plant to pick up and internalize. They also are more likely to harm pollinators, and the instructions will likely dictate when and where to use the chemicals to avoid hurting bees. Though what you choose to use is up to you, Merchant himself steers towards lower-impact options for his own backyard garden. 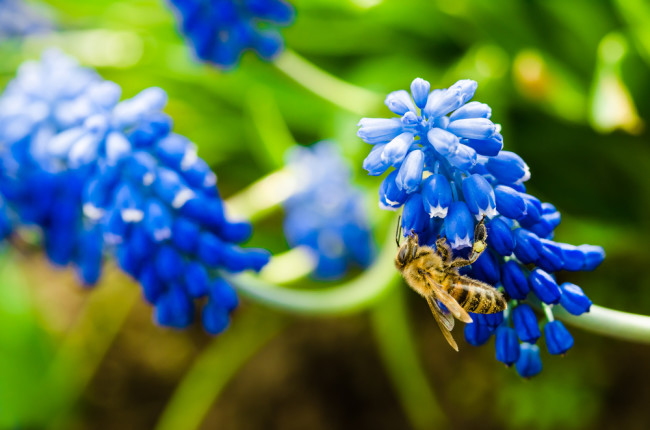 Setting Yourself Up for Success

If the pests won in your garden and you’re already looking forward to a fresh start next year, there’s good news for you too. One of the best ways to prevent pests is to plan out your plot. Pesticides might help you cope with an existing infestation, but doing all you can to keep the problem from developing is much easier, Branstrom says.

Research what plants your soil and growing conditions might support. Then, investigate what the common pests are in your region for particular crops. Local garden stores often sell versions of those plants, such as blight-resistant tomatoes, bred to withstand specific issues, Branstrom says. These plants are not only more resilient to pests, but they tend to attract less of them.

This approach means you might have to give up on some adored plants if they don’t have a good chance of thriving in your environment. Colorado blue spruce trees, for example, often get needle cast, a fungus that kills off pine needles, when planted in Michigan. The disease can force homeowners to spray fungicide twice a season just to keep the infection at bay. But like many other plant pest problems, this need for a pesticide is a result of poor planning. This spruce is from a cool, dry climate, and won’t thrive in a humid state like Michigan. “It could have been solved by not planting that tree,” Branstrom says.

Once you have the plants with the best odds of success in your yard, regularly observe the space to catch problems early. When you’re not around, you can place sticky yellow paper strips among your foliage to trap insects and examine them later, Branstrom says. Also, cut out any diseased plant as soon as an infection appears so that it doesn’t spread. You can halt an infestation or infection by removing conditions that encourage that kind of growth. So make sure you clean up leaves and plant debris before they decompose in the fall.

If you want specific guidance from a professional when trying to plan or manage your garden, give a local state extension office a call. Most large counties have master gardeners who can share detailed knowledge about what does and does not work in your climate, Merchant says.

Finally, remember that the perfect, problem-free garden doesn’t exist. “Maybe it doesn’t look perfect,” Branstrom says. “That’s okay.” Sometimes it’s best to exercise accepting what your garden looks like — and who all might enjoy it alongside you.

Children’s Immune Systems Differ From Adults. Here’s What That Could Mean for COVID-19on August 7, 2020 at 3:20 pm

The Traumatic Loss of a Loved One Is Like Experiencing a Brain Injuryon August 14, 2020 at 1:00 pm