You probably haven’t wondered about the origins of birthday traditions—gifts are gifts, so why question it? But while you’ve been celebrating your presence on earth for years, other civilizations have been it for millennia. Once upon a time…

Ancient Egyptians have given us so much: written language, the calendar, eye makeup, and even bowling. So, it’s no real surprise that they gave us annual parties. Pharaohs celebrated birthdays, but not on their actual birthday. Instead, they celebrated the day they were “born again” and crowned as gods.

Credit goes to the Romans for this one. Archeologists discovered wooden tablets at Vindolanda, the famous fort of the emperor Hadrian (117-138). They contained a birthday party invitation from Claudia Severa, a society type. No word on what Hadrian RSVP’d. The mainstream birthday cards we send today were mass-produced soon after Christmas cards in 19th-century England.

Now to ancient Greece, where cakes were dedicated to the goddess Artemis for good luck. People baked moon-shaped cakes because Artemis was associated with the moon. The candles were offerings for good luck in their hunts.

Historians trace wrapping paper at least as far back as the 2nd century BC in China, which used decorative paper as an envelope for gifts of money. The wrapping became more elaborate, with red paper symbolizing good wishes for the future. America revolutionized the idea in 1917 in Kansas City, where two brothers ran out of tissue paper to wrap boxes. They used the fancy French paper meant to line envelopes, and business boomed. The brothers named their company Hallmark.

If you’ve noticed that sitcom characters don’t sing “Happy Birthday” at their small-screen parties, it’s because the origin of this birthday tradition is a litigious one. Two teachers in Kentucky wrote the tune for their students and titled it “Good Morning To All.” It was even used in an Irving Berlin musical in 1933—until one of the teachers sued that it was a copyright violation. She won, and the copyright is still in effect today. 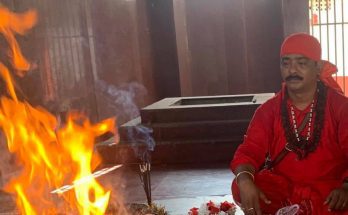