Everyone has habits. But what exactly are they?

According to many psychologists, habits are behaviours that are purely stimulus-driven. What this means is that habitual behaviours do not serve a goal or purpose – instead, they simply activate in response to a particular situation. These behaviours may have served a purpose in the past, but after being ‘overlearned’ (repeated many times), they no longer do so.

A common example of a ‘purposeless’ habit might be the following not-uncommon situation: every morning, someone gets in their car and drives to work. One morning, they want to go shopping on the other side of town instead. However, after driving for a while, they suddenly realize that they’ve driven straight to their workplace.

In this scenario, the person’s goal was to go to the shops, but their habitual driving-to-work behaviour activated, even though work was not their goal. This kind of lapse into a habitual behaviour suggests that many of our actions might be ‘automatic’ and purposeless. 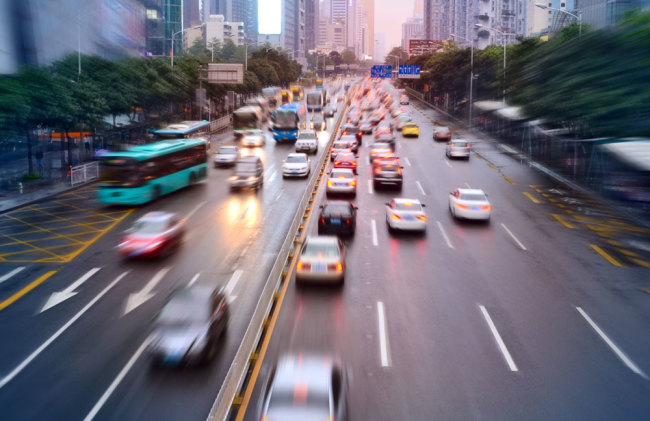 However, a new paper in Perspectives on Psychological Science argues that Habitual Behavior Is Goal-Driven.

According to authors Arie W. Kruglanski and Ewa Szumowska, “there is no need to postulate purposeless behavior” when it comes to habits. Contrary to popular belief, habits are goal-driven behaviours just like any other.

Much of the paper is devoted to arguing that even highly overlearned behaviours are still sensitive to reward outcomes. In other words, overlearning does not, in fact, change behaviour from being goal-driven to being goal-free, even in animals. I found these arguments convincing.

Kruglanski and Szumowska admit, however, that habits can sometimes seem to go directly against our goals – such as the driving example, in which a habitual navigation behaviour actually takes us further away from where we want to go.

The authors’ answer to these ‘intrusion errors’ is rather ingenious, but I’m not sure I fully buy it. According to Kruglanski and Szumowska, intrusion error behaviours are still goal-driven, and they arise when there are multiple conflicting goals:

It is also possible to see such instances as a goal conflict or a situation in which there are two competing goals: the situationally activated going-home goal and the intended shopping goal. Indeed, the former goal may be more automatic and thus override the other goal, unless sufficient cognitive control was used to inhibit it.

In other words, driving to work when we want to go to the shops is not a goal-free habit. Rather, drive-to-work is a goal, which is activated when we get into the car in the morning, and this goal can make us drive to work, even if we also have a conflicting goal, like going to the shops.

This is an elegant interpretation, but I wonder if it’s enough to rule out ‘purposeless behaviour’.

Kruglanski and Szumowska are saying that instead of stimulus-driven behaviours, there are stimulus-driven (situationally activated) goals. Yet in both cases, we end up with a behaviour which is not serving our ‘main’ goal at a given moment. So, we still have behaviour which could be called ‘purposeless’ in relation to the purpose that we are consciously trying to achieve.

Kruglanski and Szumowska go on to draw an interesting parallel between the driving-to-work intrusion and the Stroop effect in which we find it impossible not to read text even if reading it interferes with the task we’re trying to do: 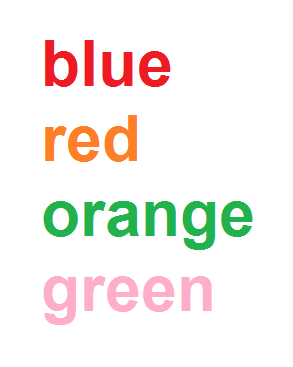 The Stroop effect is usually interpreted as evidence that reading text is an non-goal-driven, habitual process. According to Kruglanski and Szumowska, however, we could see the Stroop effect as a consequence of a “well-entrenched goal to read the word”.

My problem with this is it’s not clear to me how we could distinguish between Stroop-as-automatic and Stroop-as-goal-driven. Does the “goal” account make any different predictions from the “non-goal” one? The same could be said of the driving example, although it’s driving-to-work does seem intuitively more likely to be goal driven. It is driving to somewhere, after all.
Overall, this is a most interesting piece of work, but I’m not sure that the ghost of purposeless behaviour has been fully exorcized from the house of psychology.